Once the Intergovernmental Negotiating Committee completes its work, the UNEP will convene a diplomatic conference to adopt its outcome and open it for signatures. 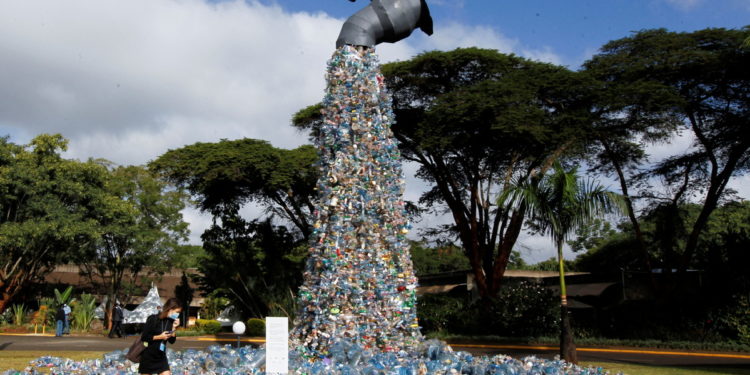 The fifth session of the United Nations Environment Assembly concluded on Wednesday with endorsement of a resolution to forge an international legally binding agreement by 2024 to end plastic pollution.

The resolution, which was termed as the most significant environmental deal since the Paris accord in 2015, addresses the full lifecycle of plastic, including its production, design and disposal.

In the historic moment at the UN Africa headquarters in Kenya’s capital Nairobi, heads of state, ministers of environment and other representatives from 175 countries agreed to establish an Intergovernmental Negotiating Committee with the mandate to forge the global agreement.

The committee will commence its work this year, and it’s expected to complete the global legally binding agreement draft by the end of 2024.

It’s expected to present a legally binding instrument, which would reflect diverse alternatives to address the full lifecycle of plastics, the design of reusable and recyclable products and materials.

This is in addition to the need for enhanced international collaboration to facilitate access to technology, capacity building and scientific and technical cooperation.

READ MORE: Monrovia: Waste management and recycling businesses in Liberia are using plastic waste to avert CO2 emissions associated with the burning of these plastics.

Espen Barth Eide, the president of the fifth session of the assembly and Norway’s minister for climate and environment, said the scourge of plastics was the center of attention in the assembly because if it’s not stopped on time, it will create an enormous problem that will be hard to beat later.

“Against the backdrop of geopolitical turmoil, the UN Environment Assembly shows multilateral cooperation at its best. Plastic pollution has grown into an epidemic. With today’s resolution we are officially on track for a cure,” he said.

“This is the most significant environmental multilateral deal since the Paris accord. It is an insurance policy for this generation and future ones, so they may live with plastic and not be doomed by it,” she said.

In parallel to negotiations over an international binding agreement, Andersen said UNEP will work with any willing government and business across the value chain to shift away from single-use plastics, as well as to mobilize private finance and remove barriers to investments in research and in a new circular economy.

She said similar to any other negotiations, thorny issues such as the kind of goals to be set, how they will be measured, the implementation speed, implementation means, capabilities at different country levels and financing are expected.

Andersen, however, expressed confidence that the way the world was able to phase out mercury in products such as dental amalgam, light bulbs and batteries, it will end plastic pollution.

Rwanda and Peru, two of the countries that proposed the global treaty, expressed their gratitude for the adoption of the resolution.

Jeanne d’Arc Mujawamariya, Rwanda’s minister of environment, said international partnerships will be crucial in tackling a problem that affects everybody, adding that the progress made at UN Environment Assembly reflects the spirit of collaboration.

“We look forward to working with the Intergovernmental Negotiating Committee and we are optimistic about the opportunity to create a legally binding treaty as a framework for national ambition-setting, monitoring, investment, and knowledge transfer to end plastic pollution,” Mujawamariya said.

Modesto Montoya, the Peru’s minister of environment, also appreciated the support received from various countries during the negotiation process.

Following the adoption of the resolution, the UN Environment Programme will convene a forum to share knowledge and best practices in different parts of the world by the end of the year. It will be followed by scientific open discussions on progress throughout the next two years.