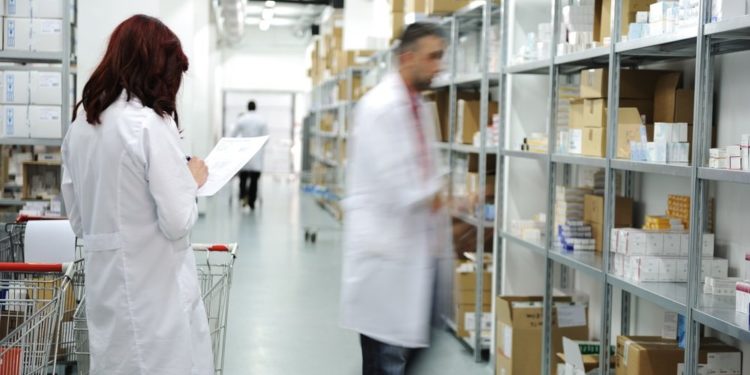 WHO today published the new edition of its Model Lists of Essential Medicines and Essential Medicines for Children, which include new treatments for various cancers, insulin analogues and new oral medicines for diabetes, new medicines to assist people who want to stop smoking, and new antimicrobials to treat serious bacterial and fungal infections.

The listings aim to address global health priorities, identifying the medicines that provide the greatest benefits, and which should be available and affordable for all. However, high prices for both new, patented medicines and older medicines, like insulin, continue to keep some essential medicines out of reach for many patients.

“Diabetes is on the rise globally, and rising faster in low- and middle-income countries,” said Dr Tedros Adhanom Ghebreyesus, WHO Director-General. “Too many people who need insulin encounter financial hardship in accessing it or go without it and lose their lives. Including insulin analogues in the Essential Medicines List, coupled with efforts to ensure affordable access to all insulin products and expand use of biosimilars, is a vital step towards ensuring everyone who needs this life-saving product can access it.”

Insulin was discovered as a treatment for diabetes 100 years ago and human insulin has been on WHO’s List of Essential Medicines since it was first published in 1977. Unfortunately, limited insulin supply and high prices in several low- and middle-income countries are currently a significant barrier to treatment. For example, in Ghana’s capital, Accra, the amount of insulin needed for a month would cost a worker the equivalent of 5.5 days of pay per month. Insulin production is concentrated in a small number of manufacturing facilities, and three manufacturers control most of the global market, with the lack of competition resulting in high prices that are prohibitive for many people and health systems.

The move to list long-acting insulin analogues (insulin degludec, detemir and glargine) and their biosimilars, along with human insulin, is intended to increase access to diabetes treatment by expanding the choice of treatment. Inclusion in the List means that biosimilar insulin analogues can be eligible for WHO’s prequalification programme; WHO prequalification can result in more quality-assured biosimilars entering the international market, creating competition to bring prices down and giving countries a greater choice of products.

Long-acting insulin analogues offer some extra clinical benefits for patients through their prolonged duration of action, which ensures that blood glucose levels can be controlled over longer periods of time without needing a booster dose. They offer particular benefit for patients who experience dangerously low blood glucose levels with human insulin. The greater flexibility in timing and dosing of insulin analogues has been shown to improve quality of life for patients living with diabetes. However, human insulin remains a staple in the treatment of diabetes and access to this life-saving medicine must continue to be supported through better availability and affordability.

The list also includes Sodium-Glucose Co-transporter-2 (SGLT2) inhibitors empagliflozin, canagliflozin and dapagliflozin as second line therapy in adults with type 2 diabetes. These orally administered medicines have been shown to offer several benefits, including a lower risk of death, kidney failure and cardiovascular events. Because SGLT2 inhibitors are still patented and high-priced, their inclusion in the list comes with the recommendation that WHO work with the Medicines Patent Pool to promote access through potential licencing agreements with the patent-holders to allow generic manufacturing and supply in low- and middle-income countries.

Improving access to diabetes medicines including insulin and SGLT2 inhibitors is one of the workstreams of the Global Diabetes Compact, launched by WHO in April 2021, and a key topic under discussion with manufacturers of diabetes medicines and health technologies.

Cancers are among the leading causes of illness and death worldwide, accounting for nearly 10 million deaths in 2020, with seven out of 10 occurring in low- and middle-income countries. New breakthroughs have been made in cancer treatment in the last years, such as medicines that target specific molecular characteristics of the tumour, some of which offer much better outcomes than “traditional” chemotherapy for many types of cancer. Four new medicines for cancer treatment were added to the Model Lists:

The listing for imatinib was extended to include targeted treatment of leukaemia. New childhood cancer indications were added for 16 medicines already listed, including for low-grade glioma, the most common form of brain tumour in children.

A group of antibodies that enhance the immune response to tumour cells, called PD-1 / PD-L1 immune-checkpoint inhibitors, were not recommended for listing for the treatment of a number of lung cancers, despite being effective, mainly because of their exceedingly high price and concerns that they are difficult to manage in low-resourced health systems. Other cancer medicines were not recommended for listing due to uncertain additional clinical benefit compared with already listed medicines, high price, and management issues in low-resource settings. These included osimertinib for lung cancer, daratumumab for multiple myeloma, and three types of treatment (CDK4/6 inhibitors, fulvestrant and pertuzumab) for breast cancer.

Infectious diseases – New medicines listed include cefiderocol, a ‘Reserve’ group antibiotic effective against multi-drug resistant bacteria, echinocandin antifungals for severe fungal infections and monoclonal antibodies for rabies prevention – the first monoclonal antibodies against an infectious disease to be included on the Model Lists. The updated lists also see new formulations of medicines for common bacterial infections, hepatitis C, HIV and tuberculosis, to better meet dosing and administration needs of both children and adults. An additional 81 antibiotics were classified as Access, Watch or Reserve under the AWaRe framework, to support antimicrobial stewardship and surveillance of antibiotic use worldwide.

The updated Essential Medicines Lists include 20 new medicines for adults and 17 for children and specify new uses for 28 already-listed medicines. The changes recommended by the Expert Committee bring the number of medicines deemed essential to address key public health needs to 479 on the EML and 350 on the EMLc. While these numbers may seem high, they are only a small proportion of the total number of medicines available on the market.

Governments and institutions around the world continue to use the WHO Model Lists to guide the development of their own essential medicines lists, because they know that every medicine listed has been vetted for efficacy and safety and delivers value for money for the health outcomes they produce.

The Model Lists are updated every two years by an Expert Committee, made up of recognized specialists from academia, research and the medical and pharmaceutical professions. This year, the Committee underscored the urgent need to take action to promote equitable and affordable access to essential medicines through the list and complementary measures such as voluntary licensing mechanisms, pooled procurement, and price negotiation.