The epicenter was monitored at 37.77 degrees north latitude and 101.26 degrees east longitude. The quake struck at a depth of 10 km, the China Earthquake Networks Center (CENC) said. 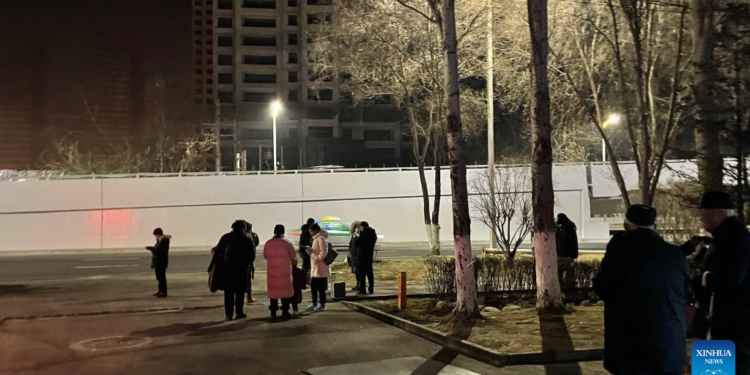 No casualties have been reported so far after a 6.9-magnitude earthquake jolted Menyuan Hui Autonomous County in Northwest China’s Qinghai province at 1:45 am Saturday, according to a press conference held by the information office of the provincial government early Saturday morning.

There are five villages within the 5-km range around the epicenter. An initial investigation showed that no casualties or property damage have been reported yet, said Guo Yong, deputy director of the provincial department of emergency management, adding that firefighters have been sent to the affected areas for rescue.

A work team was dispatched to Qinghai by the ministry and China Earthquake Administration to support local people to check out the disaster situation, settle affected residents and forecast the trend of the disaster, according to the MEM Saturday.

The epicenter was located at an area about 3,659 meters above sea level and with a sparse population, the ministry said.