Sadio Mane concluded the AFCON in fine style, delivering the Final spot kick on the night that ensured the Teranga Lion’s first ever AFCON Title. 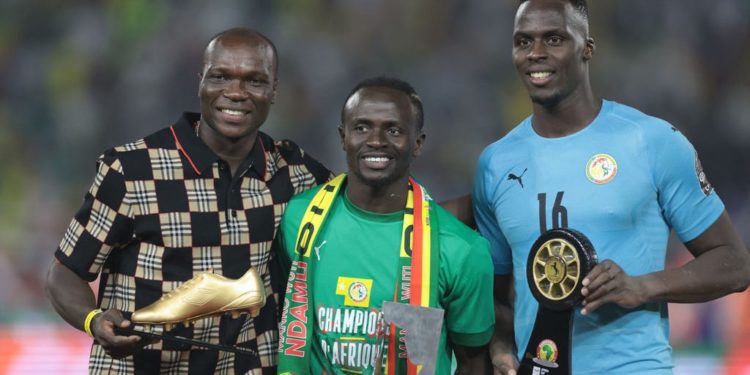 The tournament featured a ray of outstanding players, who have ignited the tournament since the 9th of January.

In defeat and victory the competition witnessed the birth of new Heroes, while some already renowned heroes inscribed themselves into history, immortalizing their achievements.

Africanian takes a look at the Heroes of the Tournament.

Liverpool star Sadio Mane been named 2021 Africa Cup of Nations Most Outstanding Player after guiding the Lions of Teranga to glory at Olembe Stadium in Yaounde.

Mane scored his team’s winning goal in the penalty shootout in Senegal’s triumph over Egypt, locking up the victory after a 0-0 draw through 120 minutes.

The Liverpool star was also impressive throughout the tournament, contributing three goals and two assists.

Cameroon’s Vincent Aboubakar claimed the Golden Boot for the competition with his eight goals for the Indomitable Lions, who made it all the way to the semi-finals before being knocked out on penalties by the Pharaohs.

Edouard Mendy was named as the tournament’s top goalkeeper after keeping five clean sheets in Cameroon.