Africa's transport sector is expected to strongly benefit from a free-trade deal being bedded down across the continent, with projections of 160 million new jobs if countries exploit the agreement's full potential. 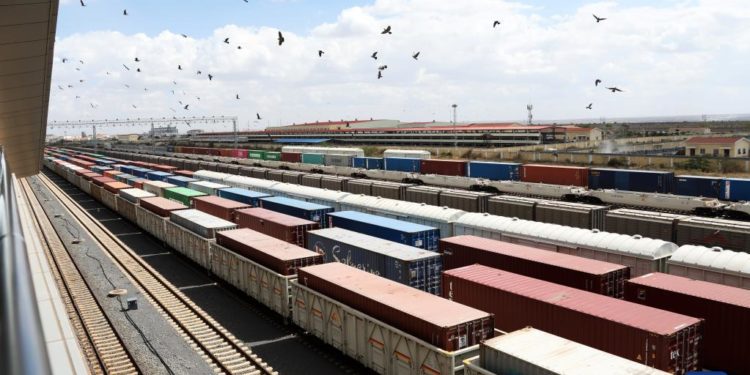 In order to realize these goals, the African Continental Free Trade Area, or AfCFTA, must be accompanied by the implementation of regional infrastructure projects, according to Vera Songwe, the executive secretary of the United Nations Economic Commission for Africa. The trade deal took effect in January last year.

Songwe was speaking during the fifth Africa Business Forum, which was held alongside the 35th ordinary session of the African Union Summit on Monday. The annual forum is an initiative that aims to promote closer ties between the private and public sectors.

“If we were able to ensure that our transport sector works well, we could create 160 million jobs,” she said. “Implementing the AfCFTA and planned infrastructure projects would result in the need for 2,213,579 trucks, 169,339 rail wagons, 135 vessels and 243 aircraft. Rail currently transports just 0.3 percent of total intra-Africa freight. This increases to 6.8 percent with the implementation of the AfCFTA.

“The estimated cost of equipment required by different transport modes to cope with the AfCFTA is about $411 billion. Investment opportunities in infrastructure development and fleet expansion vary across subregions for different modes of transport.”

The business forum, which brought together heads of state with chief executive officers and other stakeholders, took place with the theme “Investing in Multimodal Transport Infrastructure to Optimize the Benefits of the AfCFTA: A Focus on Air Transport and Tourism”.

According to Amani Abou-Zeid, the African Union commissioner for infrastructure and energy, efficient and affordable transport options are key to the success of the trade deal.

“However, Africa still lags in the area of trade competitiveness and transport costs in Africa are among the highest in the world and harm our continent’s productivity and competitiveness on local and international trade markets,” Abou-Zeid said.

She said 35 African states have joined the Single African Air Transport Market, an initiative of the African Union to create a unified air transport market in Africa. The countries account for more than 60 percent of Africa’s population.

A study released by the United Nations Economic Commission for Africa at the forum indicates that the implementation of the continental free-trade pact would lead to an increase in demand for intra-African freight of around 28 percent by 2030.