British Prime Minister Boris Johnson ‘could be ousted within days’

Some Conservative Party lawmakers fear Johnson's indiscretions will alienate voters at the next general election. 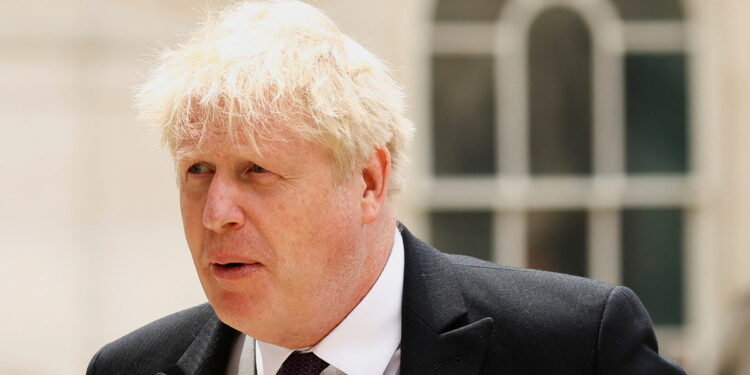 The United Kingdom’s prime minister, who spent a relatively relaxing weekend at events celebrating Queen Elizabeth II’s long reign, will have a tougher time this week, as foes within his ruling Conservative Party try to oust him from office.

Lawmakers have criticized Boris Johnson ever since a police investigation and parliamentary probe found he had broken rules he helped create during the nation’s novel coronavirus lockdowns, including by attending parties when most people were strictly self-isolating.

READ MORE: “The World War for Bread is already underway and we must stop it,” — Italian Foreign Minister Luigi di Maio

The Reuters news agency said on Sunday unnamed officials within the party had said Johnson will face a revolt this week, with Wednesday the most likely day it will happen.

The Sunday Times newspaper said many lawmakers have simply “lost faith” in him over the scandal, which has become known as partygate.

Around 28 Conservative Party lawmakers have publicly called for a leadership election. The Sunday Times said many more have privately said they would support one. If the party’s management receives 54 letters from among the party’s 359 members of Parliament－or 15 percent－a leadership vote would be triggered, and held within a few days.

READ MORE: After one hundred days of war, Ukraine’s health system is under severe pressure: WHO

The party’s lawmakers would then decide on Johnson’s suitability to continue as leader through a secret ballot, with a simple majority of 180 votes needed to decide whether he should stay or go.

If he were to be unseated, candidates would then step forward seeking lawmakers’ approval to be prime minister.

However, many members of Johnson’s top team have said he is not vulnerable, even though the opposition Labour Party is around 20 points ahead in opinion polls.

Grant Shapps, the UK’s transport minister, told the BBC Johnson would easily win a leadership challenge if one were to be triggered.

The BBC quoted an unnamed source close to the prime minister as saying: “His opponents should not underestimate this man’s determination to do what he promised to do.”

The source said the prime minister faces no obvious challenger and suggested the party would drift into the political wilderness if Johnson was to be removed.

But an unnamed Conservative Party lawmaker told The Guardian newspaper Johnson’s future had been a hot topic at jubilee celebrations.

“About half a dozen people have searched me out to talk about Boris and every one told me he has to go,” he said. “These were (Conservative Party) people. They said they trusted me to do my duty in the coming days.”

The lawmaker also said he had received around 400 emails on the issue in recent days, with only four urging him to support Johnson.

“It is pretty overwhelming,” he added.

The growing disquiet even reared its head during the jubilee celebrations, when members of the public booed Johnson as he arrived for a religious service at London’s St Paul’s Cathedral.