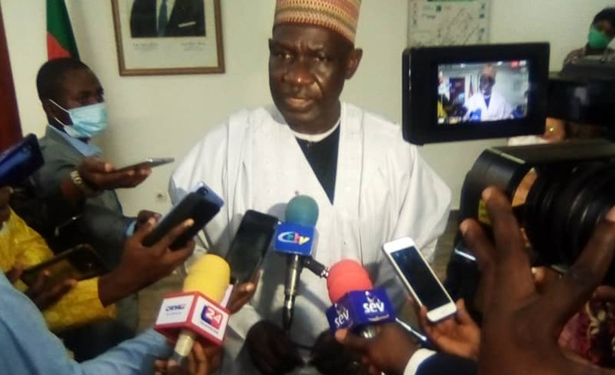 The government of Cameroon and that of the Federal Republic of Germany have sealed a deal to expand areas of development cooperation. The deal codenamed Document on Account of Intergovernmental Consultationswas signed at a meeting in Yaounde Monday October 17 at a ceremony which held at Cameroon’s Ministry of Economy, Planning and Regional Development, MINEPAT.

The presence of officials of the German Agency for Development Cooperation, Minister Ousmane said was a demonstration of the importance Berlin attaches to its cooperation with government.

He recalled that on June 9 this year, discussions were held with the Chief of Division for Central Africa in Germany’s Federal Ministry of Economic Cooperation and Development, BMZ, Dr Simon Kopper, which touched on the inter-governmental consultations as well as negotiations to beef up development cooperation in the next three years.

Priority areas of the cooperation, the minister revealed, will be environment and natural resources management; rural development; good governance and decentralization as well as health sector, youth development, public works and matters concerning Cameroonians in the Diaspora.

The deal, minister Ousmane stated, reflects the ambition of President Biya to take Cameroon to the status of an emerging. He hailed saluted the role of German Ambassador towards the preparation of the national strategic document SND2020-2035 while describing ties between the two countries dynamic.

The MINEPAT boss also stated that he signed with the German Cooperation Mission, KfW two contracts which provided financial aid to the government. One of them concerned the forest and environment sector, while the other concerned developing rural infrastructure.

The financial outklay for the forest and environment sector was to the tune of 10 million Euros and the one for rural infrastructure was nine milion Euros.

Minister Ousmane added that the two disbursements brought total monetary value of German interventions in Cameroon to 329.1 million Euros, made up essentially of gifts.