The event which was witnessed by Samia Suluhu Hassan, Tanzania's president, marks another accomplishment in China's campaign to build critical government infrastructure in Africa. 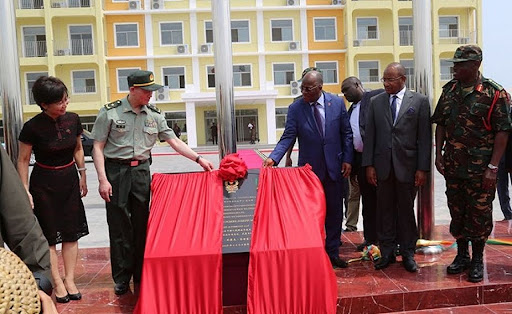 The $24 million building, which was funded by the Chinese government and built by Chinese contractors, is expected to provide short courses to local government officials in order to improve their efficiency without compromising national security.

“The National Defense College should consider admitting tender-age students who can serve the country for many years after graduation. The building should be properly preserved to honor the donation,” Hassan said.

Chen said the economic ties between the two countries were getting stronger, noting that in the first nine months this year, trade volume increased by 50 percent to $4.7 billion, compared to 2020.

“Exports to China increased by 62.5 percent, while imports by Tanzania increased by 48 percent. Tanzania soybean was successfully exported to China and the country’s agricultural products such as coffee secured platforms in the China International Import Expo and gained popularity in the market,” Chen said.

In addition, China has supported Tanzania in fighting the COVID-19 pandemic and has provided nearly 3.5 million doses of vaccines to Tanzania.

“The infrastructural projects undertaken by Chinese companies, such as the fifth section of the Standard Gauge Railway, the expansion and renovation of Dar es Salaam Port, and the China-Tanzania production capacity cooperation projects such as the acquisition of Maweni Limestone Ltd by Huaxin Cement are all proof that our cooperation is progressing steadily,” Chen said.

According to Mkingule, 100 training participants can now be admitted to the college an increase from the 40 students who enrolled when the project was completed.