All 113 passengers and nine crew members on board were evacuated, with around 40 slightly injured passengers sent to local hospitals for treatment. 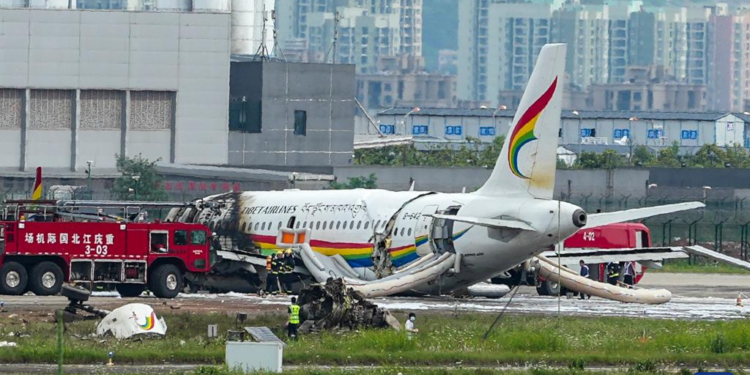 On Thursday at 8:09 am, Tibet Airlines flight TV9833 (Chongqing to Nyingchi, Tibet autonomous region) veered off the runway when taking off at Chongqing Jiangbei International Airport, which lead to the left side of the vehicle nose catching fire, said a statement from Tibet Airlines.

After the incident, the airport quickly launched emergency rescue work — with multiple rescue forces such as public security, fire control and medical treatment rushing to the site of the accident.

All 113 passengers and nine crew members on board were evacuated, with around 40 slightly injured passengers sent to local hospitals for treatment.

Currently, flights at the Chongqing airport have resumed take off and landing. The cause of the accident is under investigation.