Despite contributing only 2 to 3 percent of global emissions, the continent still stands out disproportionately as the most vulnerable region in the world. 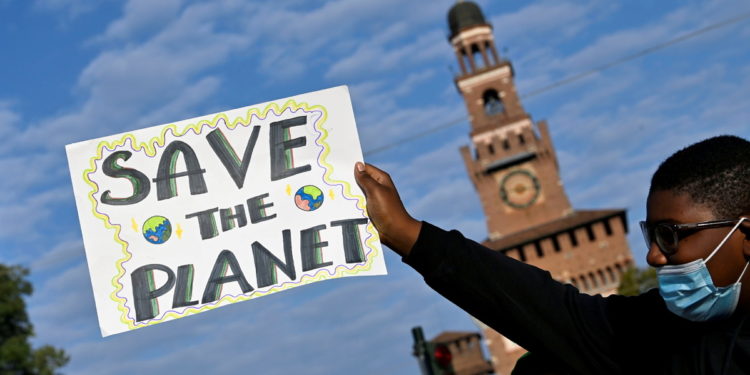 As the 26th United Nations Climate Change Conference of the Parties gets underway, Africans expect action from it on mitigation, finance and adaptation in the effort to combat climate change impact.

Barbara Creecy, South African minister for Forestry, Fisheries and the Environment, said the Glasgow outcome should be a package deal that advances the negotiations and all three aspects of the Paris Agreement, namely mitigation, adaptation and implementation of climate action.

“South Africa envisages an outcome at COP 26 on adaptation that will enable practical progress, including launching a formal program of work to implement the Global Goal on Adaptation,” she said.

Though countries have committed to open and transparent discussions and have shown a willingness for a successful COP 26, financial issues remain the greatest challenge, Creecy said.

Huge differences exist between developed and developing countries on the financing required for developing and least developed countries to meet the challenges posed by climate change, she said.

She cited Article 2.1.c of the Paris Agreement, which requires all parties to make financial flows consistent with a pathway toward low greenhouse gas emissions and climate resilient development.

“What is striking is that we have as yet no common global understanding or guidelines to implement Article 2.1.c. These issues together with the future of long-term climate finance deliberations under the convention will be a make or break for COP 26, as was the case in Madrid at COP 25 in 2019.”

Developing countries cannot implement ambitious mitigation targets unless there is sustainable, cost effective financing from developed countries and other multilateral and philanthropic institutions.

“South Africa is among the many vulnerable developing countries that are already experiencing the impacts of climate change. This is evident from the increased frequency of extreme weather conditions such as floods, droughts and heat waves that threaten lives, food security, and infrastructure,” Creecy said.

COP 26 must reestablish trust between developed and developing countries by ensuring existing financing commitments are honored, she said.

Similar sentiments were shared by Akinwumi A. Adesina, president of the African Development Bank, who said action, and not promises, is critical in the key areas of mitigation, finance and adaptation.

“Action to avoid the worst impacts of the climate disaster must start with developed countries making true on their commitment of ‘new, additional’ and predictable climate finance from a floor of $100 billion per year.”

Michael Olusanya, executive director of the environmental protection group GreenWay International Foundation in Ghana, said the outcome of COP 26 will determine the direction of key aspects of the fight against climate change.