COVID-19: Trafficked Nigerians In Diaspora Cry Out For Help As Reports Of Abuses Rise

Many Nigerians, who left the country with the hope of experiencing a better life in their new environments, have been forced into drug peddling, prostitution, domestic work and sex slavery. 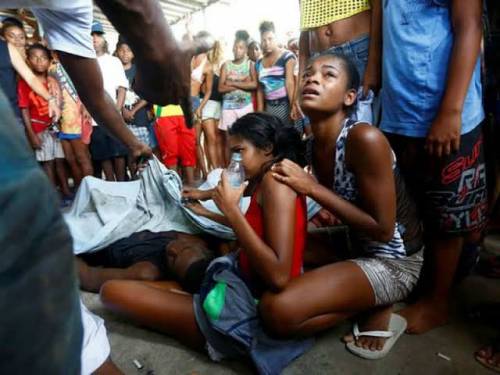 Young Nigerian women and men stuck in countries around the world where they have been trafficked to are reaching out for help as the Coronavirus pandemic spreads further across the globe.

Many Nigerians, who left the country with the hope of experiencing a better life in their new environments, have been forced into drug peddling, prostitution, domestic work and sex slavery.

Disclosing that they had been receiving reports of increased abuses from persons claiming to have been trafficked, Director-General of the National Agency for the Prohibition of Trafficking in Persons, Julie Okah-Donli, told SaharaReporters that they were working closely with other stakeholders in addressing the situation.

She said, “We have been getting more reports from outside the country during this period.

“We are receiving heightened calls from those who are being used for domestic servitude and sex slaves confined in the same space with their abusers.”

Okah-Donli said majority of distress calls were coming from Middle-Eastern countries such as Oman, Dubai, Lebanon and Saudi Arabia.

A 2017 report by the International Organisation for Migration said 80 per cent of sex trafficked victims to Europe and the Middle East arrive from Nigeria.

One victim in Saudi Arabia, a 28-year old woman, who wants to be identified only as Osas, told SaharaReporters that she had nowhere to run to because her abuser had confiscated her passport.

Speaking in hushed tones, she said, “I came here late in 2018, my aunt who has lived here for 15 years and always sends money back home told my mother that since I graduated and no good job was forth coming, I should come and join her to take care of her kids.”

Osas however, met a grim and different reality on arrival after her aunt handed her over to her “friend”, a Saudi local, who said he needed domestic help. With little or no choice, she agreed to work for him while her travel documents were confiscated since then.

“Before he rapes me. Since the Coronavirus thing started and people were told to stay at home, he now beats and rapes me because I am with him at home all the time.

“Sometimes, he does it in front of his kids and my aunt is aware. If I say I will run, where will go? There is no movement,” she said.

Osas’ situation is a pointer to a larger problem, one that has increased dramatically since the lockdown instituted to stop the spread of COVID-19 in Nigeria and other parts of the world according to NAPTIP.

“We have received more cases of domestic workers who are abused, battered and are running away from their wicked ‘madam’s or oga’s.

“For the calls we have received in Nigeria, we have swung into action and arrested those behind these trafficking, many domestic helps had hot water poured on them,” says Julie Okah-Donli.

The NAPTIP DG added that the agency was also following up a case where a man sodomised a young boy.

She called for more sensitisation on abuse and trafficking to stem the tide within and outside the shores of Nigeria.

“Ignorance is the biggest problem even for trafficking in persons.

“Many people who left the shores of Nigeria had good jobs before left, some sold everything.

“I call on all to be vigilant and for parents to take greater responsibility because prevention is better that cure,” she concluded.