Denmark in dispute with Republic of Mali over troops deployment 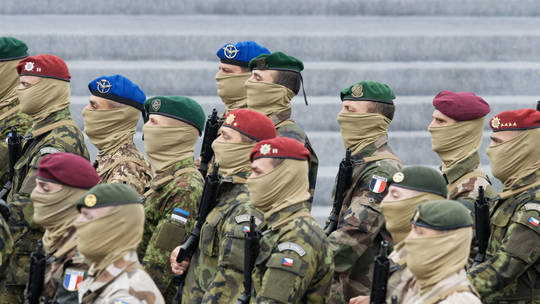 Denmark’s foreign minister, Jeppe Kofod, has reacted with confusion to Mali’s demand that Denmark must “withdraw its contingent” of troops from the country, having arrived without the “prior agreement” of authorities.

On Monday, Colonel Abdoulaye Maiga, the spokesman for Mali’s Ministry of Administration and Decentralization, called on Denmark to “immediately withdraw” its 90 troops from the country after allegedly violating the protocols allowing European nations to intervene in the region.

Speaking in Brussels on Tuesday, Kofod claimed, however, that Denmark had deployed forces to a French-led counterterrorism force after a “clear invitation” like “the other parties in the operation.”

Kofod said the remarks from the Mali official have caused “considerable uncertainty” and that the European nation is in talks with the country’s government to clarify the situation.

Denmark’s Defense Ministry stated on its website on Monday that 90 soldiers, including medical personnel and special forces, have been deployed to Mali as part of the Takuba Task Force.

The government in Copenhagen claims that the objective of their deployment is “to stabilize Mali and parts of the border triangle between Mali, Niger and Burkina Faso, and to ensure that civilians are protected from terrorist groups.”

The Danish troops were deployed in the wake of Sweden’s withdrawal from the region, with Copenhagen’s military joining France, Belgium, the Czech Republic, Estonia, Hungary, Italy, the Netherlands, and Portugal on the ground in Mali.

The military unit is made up of 14 European nations, who work alongside regional officials to provide tactical support and combat the threat of Islamist militants in Mali and the West Africa Sahel area.