The UN agency warned that a small third generation of breeding is likely to commence in October but it may be limited by below-normal rains that are predicted for this year. 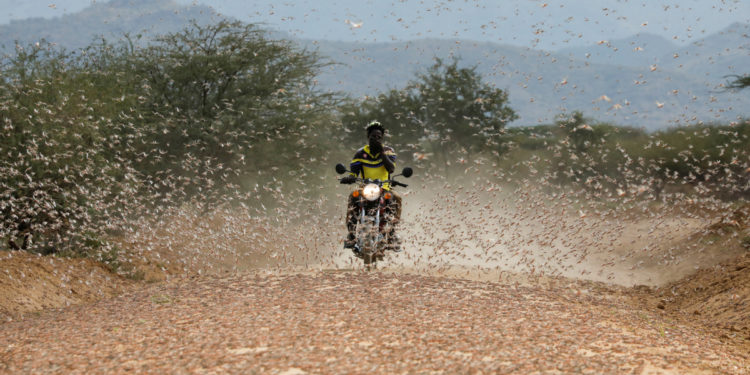 While some parts of east Africa have almost eliminated desert locusts, the situation remains serious in some countries as well as in Yemen, raising fears that a new wave could emerge and spread across the region.

The UN Food and Agriculture Organization, or FAO, said that in Kenya, only a few immature swarms remain in the northwest part of the country, but aerial control operations are ongoing.

Jane Mule, from Kenya’s Kitui county, hopes the third generation of locusts will be controlled in the current breeding areas to avoid a repeat of massive destruction.

“I can’t imagine similar swarms landing in my farm or pasture land. I don’t wish to experience a similar destruction. I call upon the government to do the best it can to eliminate the insects,” Mule said.

In northeast Ethiopia, numerous hopper bands are present mainly in the Afar region which may lead to substantial breeding.

Although aerial control operations are in progress, FAO warned that new swarms are likely to form in the coming weeks.

In Somalia, aerial control operations using biopesticides are making good progress against immature swarms on the northern plateau in Somaliland and Puntland.

Further south, an increasing number of adult locust groups were reported in the central region of Galguduud in the past week, FAO said.

Due to the destruction caused by desert locusts coupled with floods and the coronavirus outbreak, FAO said 3.5 million people in Somalia face a crisis or worse levels of acute food insecurity between July and the end of this month.

The UN agency said it is making every effort to sustain control operations in the country, noting that much progress has already been made in controlling the insects.

FAO expressed concerns that early swarm breeding is likely to commence on the Red Sea coastal plains of Yemen, Eritrea, Saudi Arabia, and perhaps Sudan where rains fell in early August and again this month.

To further control the spread of the locusts, the UN agency said intensive monitoring and vigilance are required.

On the northern Sahel ranging from Mauritania to western Eritrea, FAO said the situation remains calm in the summer breeding areas of the region.

Ethiopia, Kenya and Somalia have been the most affected countries. The infestation is the worst in 70 years in Kenya, and in 25 years for Ethiopia and Somalia.

The locust explosion has been attributed partly to climate change which has led to severe extremes in weather, including cyclones and unusually heavy rains.