Dr. Oscar Ngomo Nchama also called for inclusion in the STEM fields for women and the disabled, stating how important it is to have an inclusive society. 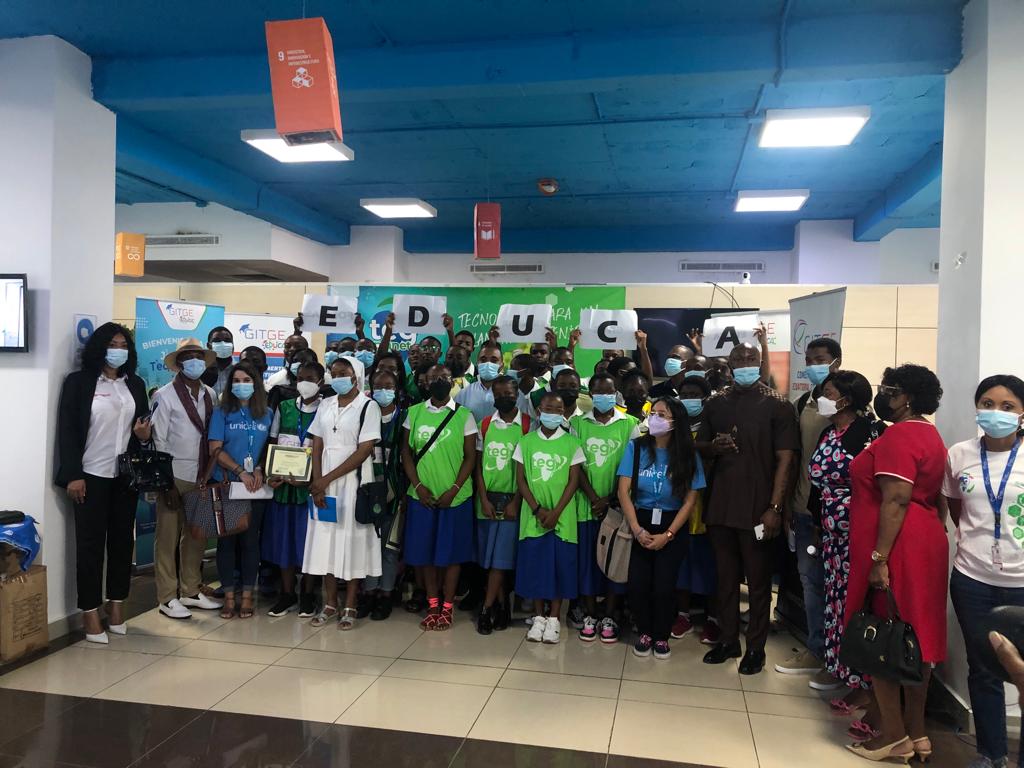 Wednesday, 21st of September, 2022, will be widely remembered by students from different schools in Malabo as Fundacion Identic, initiators of GITGE Educa, an initiative to further drive the growth and sustainability of science and technology among the population, were treated to a full day of expos in the STEM field. 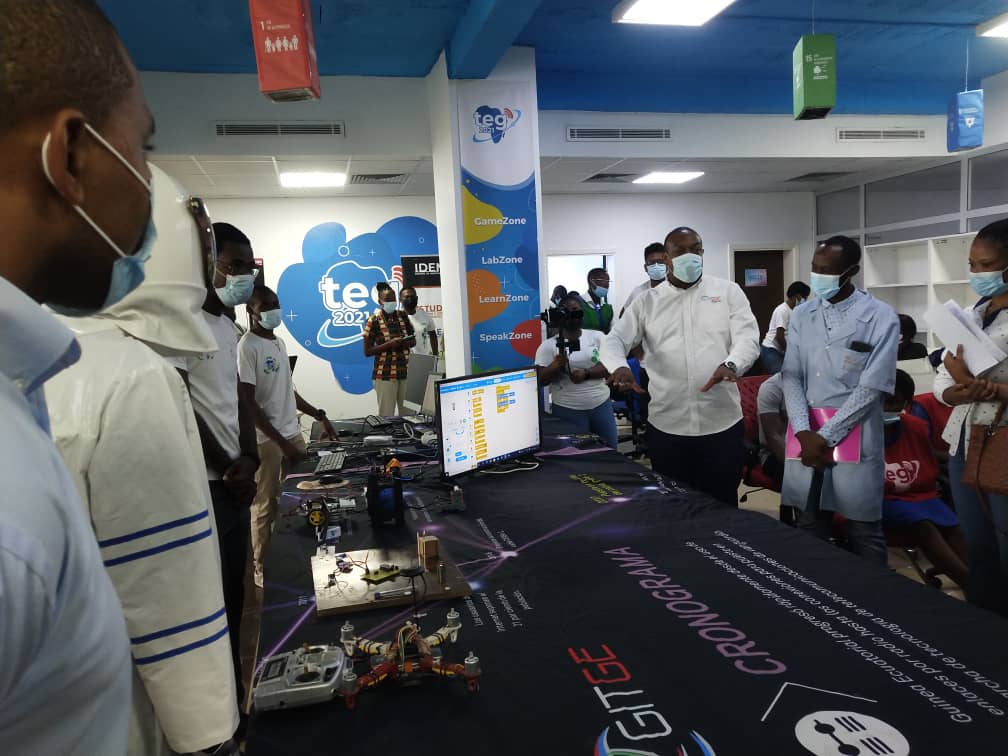 They also received their certificates in the different courses offered by the Autoclax platform through Dreams Hub Research and Innovation Center, one of GITGE’s collaborators for the project. The technological expo held at the Headquarters of GITGE Identic was graced by the Director General of GITGE, Dr. Òscar Ondo Ngomo Nchama, General Coordinator of Fundacion Identic, Buenaventura Mba Sima, Founder of Dreams Hub, Oscar Nchaso Bekari, Deputy General Director of GITGE, Simplicio Marcos Ncogo Meñe and Alfonso Alogo Ndong Ayang, General Director of Special Education, Preschool, Primary and Literacy of the Ministry of Education and Sports.

The technological expo was organized to promote the digital transformation of the educational sector in Equatorial Guinea, focusing on the education of young people in new technologies who are provided with the necessary tools and are trained through dynamic activities.

Speaking on the impact so far, eight schools have been connected with fibre optic, over 200 students participated in the program in Malabo and Bata, 100 students have received trainings in robotics, and at the event yesterday, 10 students received certificates from the online education Autoclax platform, with more set to receive certificates following their completion of their courses in the coming days. 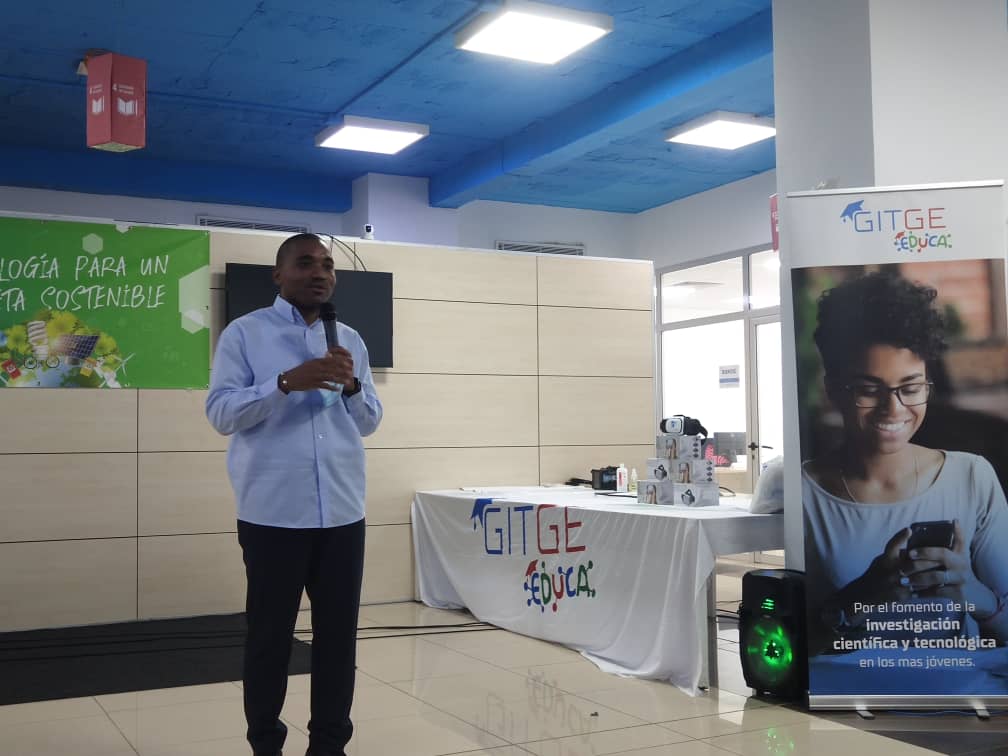 ´´It came up with the idea of ​​promoting education through ICT, providing young people with the necessary tools to be able to develop in an increasingly technological world, it was in 2018 after the celebration of the first edition of the TEG-Campus, where I observed that there were many young people with talent, enthusiasm and innovative ideas , but with little or no knowledge and/or handling of ICTs, and GITGE EDUCA is the answer to that need,´´ he said.

Dr. Oscar Ngomo Nchama also called for inclusion in the STEM fields for women and the disabled, stating how important it is to have an inclusive society.

Following the speech, certificates were awarded by the Director of GITGE, a Representative from UNICEF, and the Dreams Hub Founder. Several students who had completed their courses on the Autoclax platform. Some of the courses the students, who were in Malabo and Bata, enrolled in are cybersecurity, customer service, Microsoft Office 365, and much more. 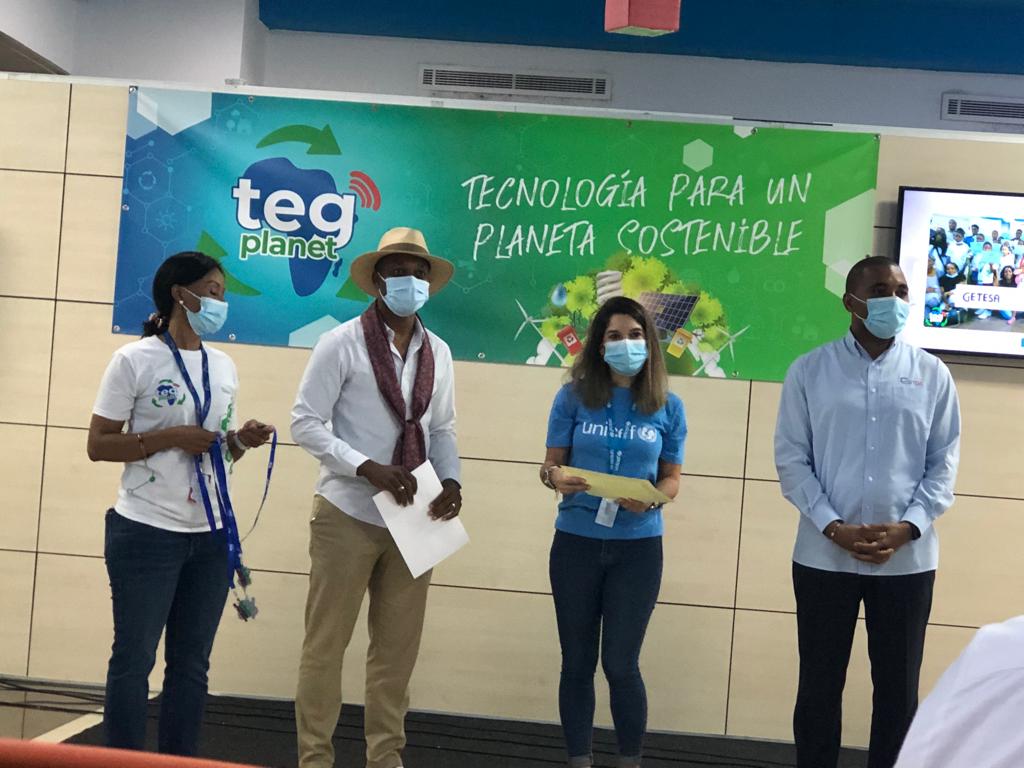 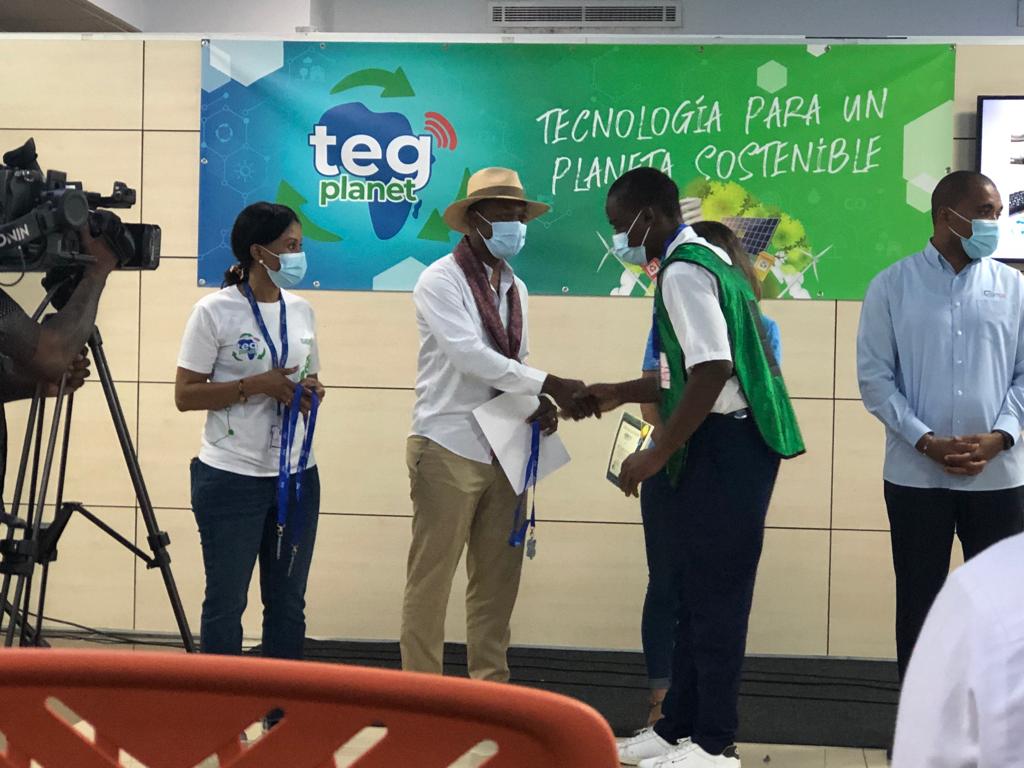 The students present at the Expo were from Santa Teresita, Dulce Nombre de Maria, Tortuga Rapida and Siale Bileka schools were put in the different workshops with supervisors, participating in general culture kahoot contests, math contests, robotics workshops, and science workshops in addition to enjoying a 3D experience and video games, esports.

The prestigious Bocamandja theater group entertained everyone with a play on technology and the environment. The issue of women and their inclusion also took center stage during the day, with an awareness talk.

There was then an exciting award ceremony for the winners of each workshop.

In his speech, Alfonso Alogo Ndong Ayang said: ´´the challenge of the Ministry of Education of our country revolves around the question of how to introduce technology in our educational system, any country when this challenge arises makes use of its technical arms and, for the moment, at the country level the main technical arm that the government has is GITGE, for this reason I think we are in good hands and that with them we can raise our educational quality indicators.´´

The school, Santa Teresita, won a special award in recognition for having stood out among the schools that received an online training offered by UNICEF through the Autoclax platform.