"Equatorial Guinea produces the best liquid gas in the world, and own the biggest gas plant in Africa. The most important thing is for our plants and refinery to work well" 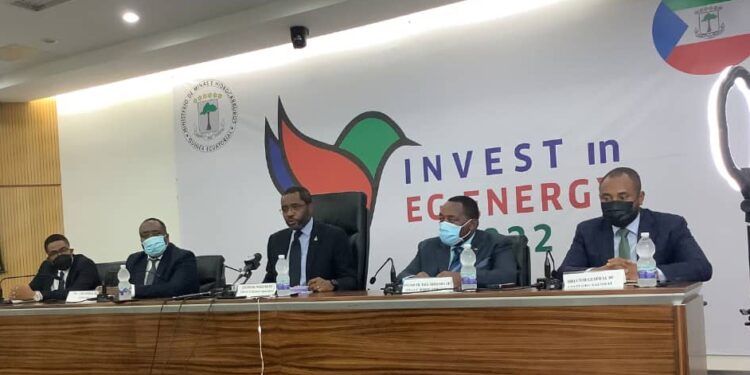 The Equatorial Guinean Ministry of Mines and Hydrocarbons, today, met with the public and stakeholders to discuss and further highlight one of its latest initiatives, #InvestinEGEnergy.

The event which was held at the Ministry had in attendance, The Honourable Minister of Mines and Hydrocarbons, His Excellency, Gabriel Mbaga Obiang Lima, The Vice Minister, Santiago Mba Eneme Nsuga, The Director of Local Content, Jacinto Owono, Representatives from Sonagas, GEPetrol and other oil and gas companies operating in the country. 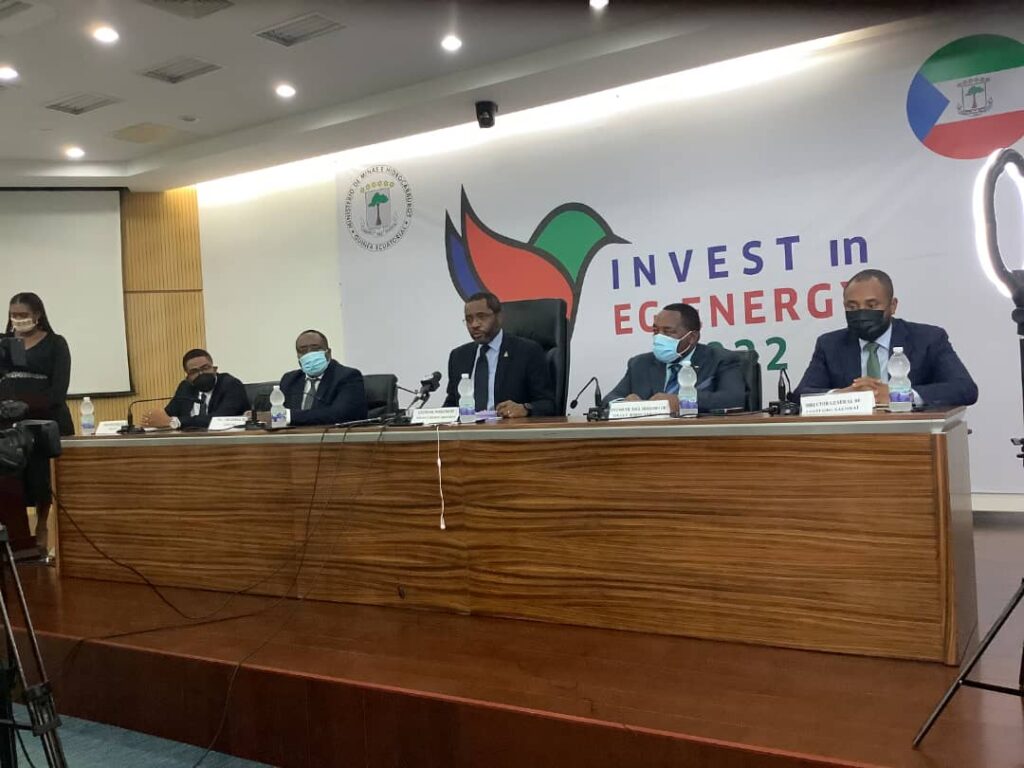 In his speech, the Honourable Minister mentioned how the Ministry continues to improve on its services and position the country’s national resources for further investments from investors, both local and international. He also spoke of how important it is that every hand is on deck to continue growing the country and meet its development targets.

‘’The idea of ​​our economic reactivation and diversification is not the responsibility of the government alone but rather all the inhabitants of Equatorial Guinea. From the Taxi drivers, Airports, carriers, hotels, civilians, military, etc, everyone has a role to play in our development,’’ he said.

The Minister went on to say with the new covid-19 relaxations which came into effect just this week, more activities will open up and investments will come in as the country continues to work towards its 2035 targets.

‘’Bearing in mind that with this new opening that the country will have, a solution will be in form of foreign investment which will also play a role in carrying out our next phase of development for the year 2035. The government of the Republic of Equatorial Guinea have planned a new initiative to reactivate the economy and diversify the economy at the same time.’’ 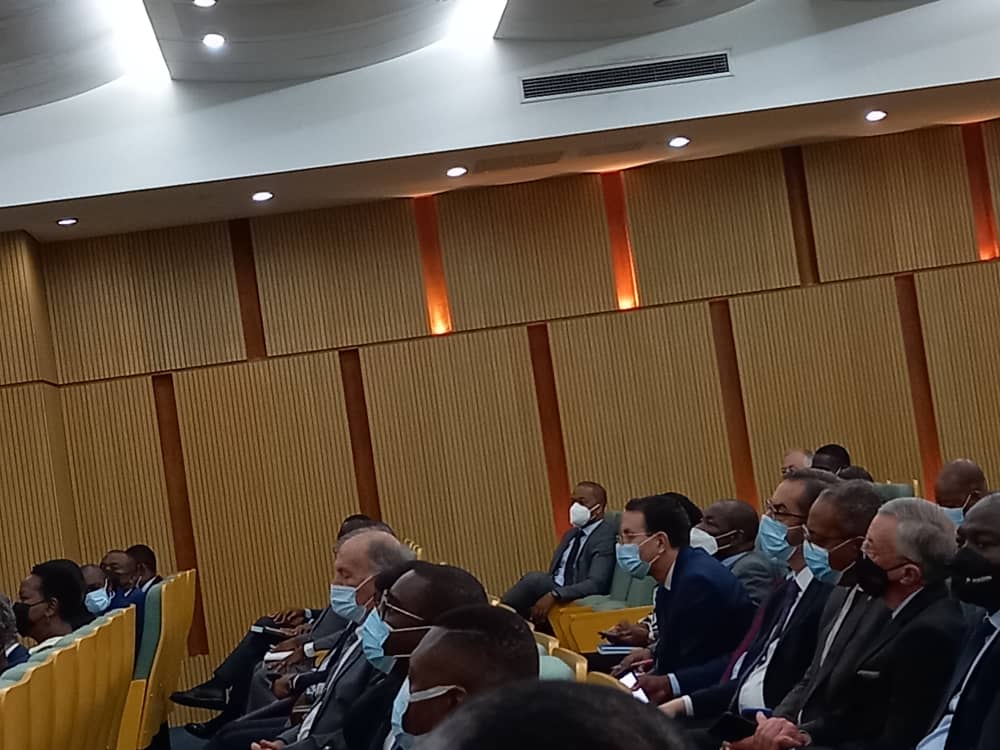 In what was an event where major players in the oil and gas sector in the country attended, the Minister’s passionate speech detailing the great work being done by its Ministry and how it will continue to listen to the players at all levels, make their investments more worthwhile, and facilitate the ease for investors and their investments, was met with approval and commendation by those present. 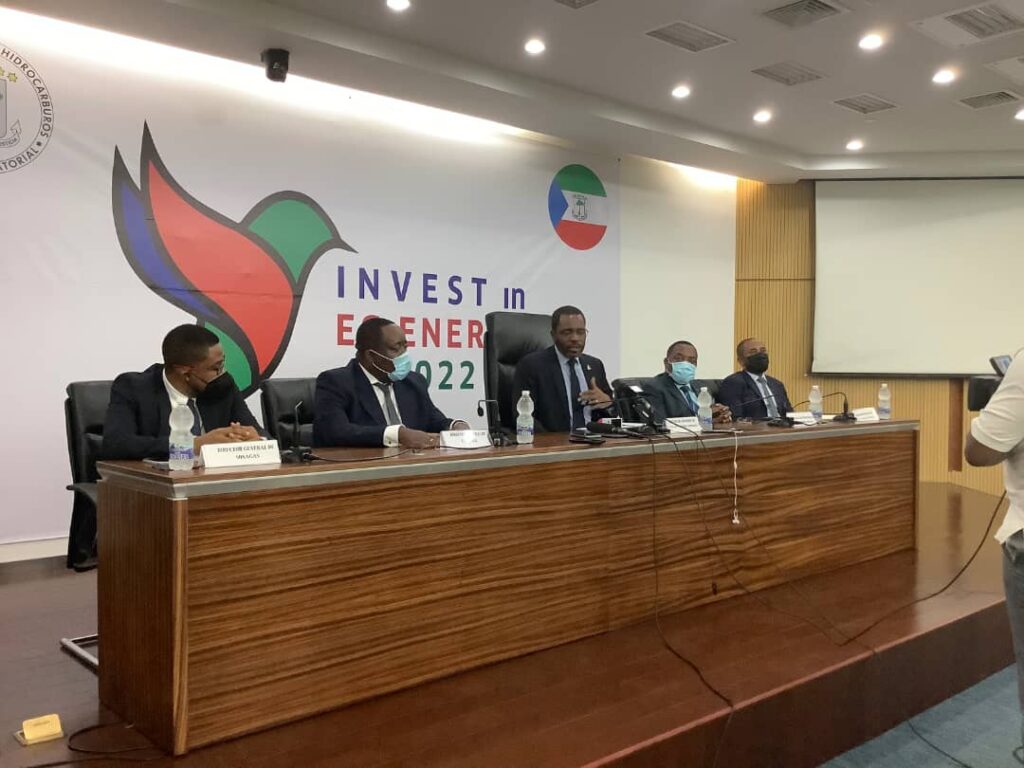 As he went on further, His Excellency, Gabriel Mbaga Obiang Lima, also called on more Equatorial Guinean companies and investors to attend oil and gas conferences, from Africa and the rest of the world; explaining to them the multiple opportunities that lie therein.

‘’Equatorial is a country with many projects, we should not only hope that the international investors come to see the work carried out by Equatorial Guinea, but we must also attend events that take place in other countries, like in North America, Europe, Asia etc. In order to carry out all these projects, the Ministry of Mines has allies such as GEPetrol, Sonagas, we also want the National Banks and the Oil companies, in the same way, must participate in foreign forums,’’ he added.

On being asked about what more is being done to attract investors, His Excellency, Gabriel Mbaga Obiang Lima, said:

“I believe that the work isn’t just for the Ministry. Other relevant Ministries are also working in order to produce the necessary data and information. Also, the Ministry of Security is working on the E-Visa. We are participating in conferences all over the world, showing them what we have and letting the world know we are open to investments.”

In what was a quite an engaging event, The Minister also spoke about the refinery and the gas produced in Equatorial Guinea, reminding all present the strides that have been made with that and plans for the future.

“Equatorial Guinea produces the best liquid gas in the world, and own the biggest gas plant in Africa. The most important thing is for our plants and refinery to work well. Be of quality. Investors who have been with us say this – “if you invest in Equatorial Guinea, you get your returns.”

The idea is always about the quality of produce. When we build the refinery it will be of global standard and quality,” he concluded.

The #InvestinEGEnergy is a movement that is gathering momentum and picking up pace, and with the work being done by the Ministry in collaboration with its allies and partners, its plans and achievements, this definitely looks like a good time to #InvestinEGEnergy.