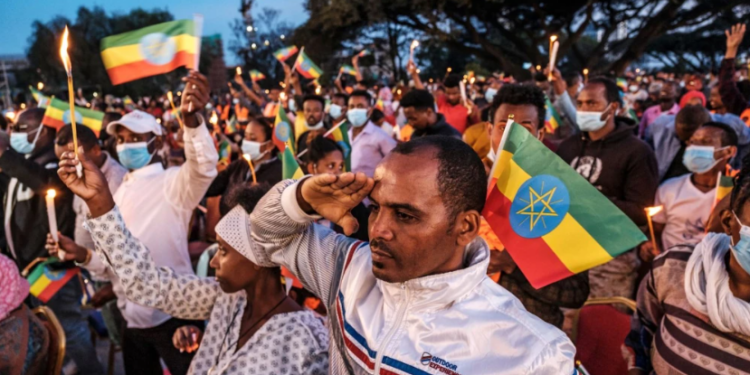 The UN hails a “a very welcome first step,” while Washington claims a “major breakthrough” in regards to Ethiopia’s announcement of a cessation of hostilities between the government and the rebels in Tigray after over a week of negotiations led by the African Union in Pretoria, South Africa.

The warring sides in Ethiopia announced an agreement to silence their guns after two years of devastating conflict that have claimed thousands of lives and left millions needing aid in Africa’s second most populous country.

The surprise deal between Prime Minister Abiy Ahmed’s government and Tigrayan rebels was unveiled after little over a week of negotiations led by former Nigerian President, Olusegun Obasanjo.

The breakthrough was announced almost exactly two years to the day since the war erupted in November 2020.

It was not immediately clear how the deal would be monitored to ensure it was implemented, and there was no mention by Obasanjo of international and rebel calls for Eritrea’s feared army to withdraw from the battlefield.

Diplomatic efforts to bring Abiy’s government and the TPLF to the negotiating table had taken on renewed urgency after combat resumed in late August, torpedoing a five-month truce that had allowed limited amounts of aid into war-stricken Tigray.

Tigrayan delegation Chief, Getachew Reda, said they were ready to “implement and expedite this agreement”, adding: “In order to address the pains of our people, we have made concessions because we have to build trust.”

The war has forced well over two million people from their homes, and according to US estimates killed as many as half a million.

Despite the peace process in Pretoria, intense fighting had continued unabated in Tigray, where government troops backed by the Eritrean army and regional forces waged artillery bombardments and air strikes, capturing a string of towns from the rebels.

The international community had voiced increasing alarm over the combat and the toll among civilians caught in the crossfire.