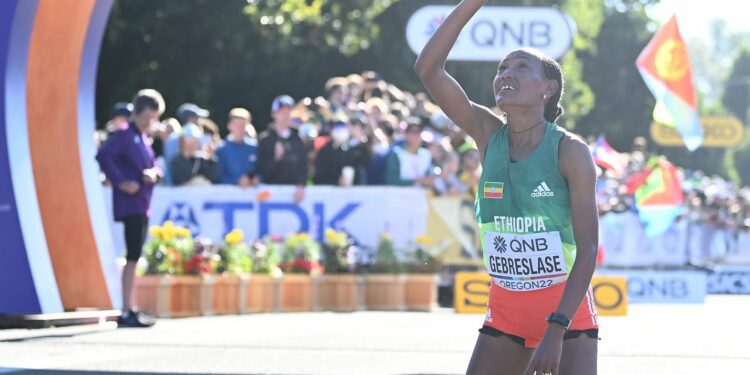 Ethiopia’s Athletics boss has urged the federal government to ease access to the war-torn region of Tigray, which is home to several medalists from the recently concluded World Athletics Championships.

Three of Ethiopia’s four gold medalists and one silver medalist from the championships held in the US city of Eugene late last month hail from Tigray, including the women’s marathon winner Gotytom Gebreslase.

In Amharic, Sahle-work Zewde, President of Ethiopia, voiced their frustration on the ongoing situation in the east African nation.

The northern region has been largely cut off from the rest of the country due to a conflict between federal forces and the Tigray People’s Liberation Front (TPLF) that erupted in November 2020. This restriction does not exclude the athletes.

Derartu Tulu, President of Ethiopian Athletics Federation, supported Zewde point adding that some athletes remained stuck in Tigray and were unable to participate in the championships, which saw Ethiopia come second in the medals table behind the United States, winning a total of 10 medals.