Non-profit maritime rescue organization Sea Watch International is now leading a legal challenge to have more documents released to find out the extent of Frontex's activities in the region. 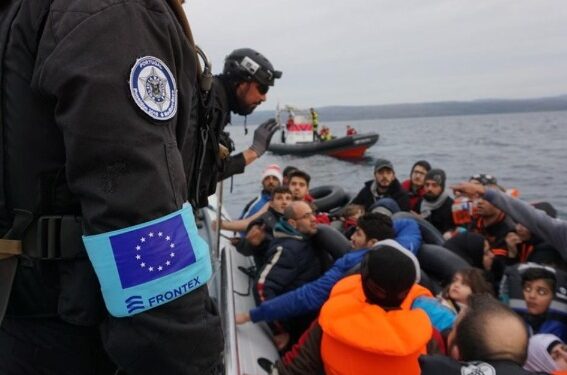 The European Union’s border security agency Frontex has been accused of involvement in the pushback of around 1,000 asylum seekers in the Aegean Sea, after a freedom of information request gave several European news outlets access to the organization’s own data.

Frontex is being investigated by a group including investigative journalism organization Lighthouse Reports, Germany’s Der Spiegel and Le Monde in France, over claims, which it denies, that it collaborated with Greek authorities in illegal pushbacks of asylum seekers.

A study of the agency’s own incident report database showed that many sightings of pushbacks at sea were recorded as “prevention of departure”, which according to Frontex’s own terms means that migrants have been stopped by the authorities of non-European countries, in their own waters, and returned to their point of departure.

Frontex is the EU’s best-funded agency, with a budget of 758 million euros ($796 million), and part of its funding has been frozen while the claims are examined.

At the end of March, the European Parliament’s Budgetary Control Committee postponed signing off the agency’s accounts for 2020, citing claims regarding harassment, misconduct and pushbacks.

Frontex is particularly active in the seas around Greece, where so many asylum seekers attempt to enter Europe, coming across from North Africa and the Middle East in small boats.

Earlier this month, it announced that the number of migrants trying to enter the EU in the first quarter of 2022 was at its highest level since 2016.

Without factoring in refugees fleeing the conflict in Ukraine, there were more than 40,000 migrant entries into the 27-member bloc between January and March, an increase of 57 percent on the figure from 12 months earlier.

Tineke Strik, a Dutch member of the European Parliament, who is on the Frontex Scrutiny Working Group, was quoted in The Guardian newspaper as saying it should halt its operations in Greece.

“We have so many credible reports from authorities such as the (United Nations) and the European Council, which all say that pushbacks are systematic,” she said.

“More needs to be done, otherwise you become part of the violations and complicit-and this is the problem that Frontex is facing,” she added, while also calling for a change of leadership and the culture of the organization.

A Frontex representative said the agency “promotes the respect of fundamental rights in all its border management activities”.

It was “fully committed to uphold the highest standards of border control within our operations and our officers are bound by a code of conduct. This is the standard we bring to every one of our operations.”