The National People's Congress, China's top legislature, held an online seminar with 22 French-speaking African countries on the practice of democracy in Chinese and African legislative bodies. 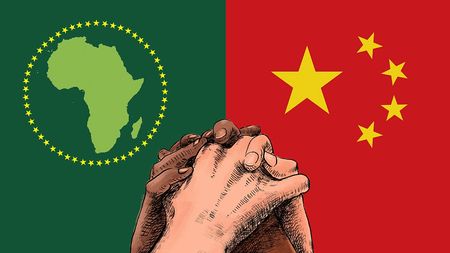 The two-day seminar, which started on Tuesday, was the first discussion between the Chinese legislature and African countries to focus on the topic. Parliamentary representatives from French-speaking African countries shared their experience, including the way legislation reflects the will of the people and in which legislative bodies supervise governments.

Ding Zhongli, Vice-chairman of the Standing Committee of the NPC, said in his opening speech that relations between China and Africa are resilient and have shown vitality in the face of global challenges.

Despite COVID-19 and other uncertainties to development, China and Africa have deepened trust, worked together to fight the pandemic, promoted economic and trade connectivity and strengthened strategic collaboration in international affairs, he said

Ding said that exchanges between legislative bodies are an important part of relations. During the pandemic, the NPC has held online meetings with many African countries to share experiences of poverty reduction and governance, but this was the first time that the seminar addressed democracy.

As a common human value and pursuit, democracy presents itself in different forms influenced by elements including culture and history, and each country should choose the form of democracy that suits its characteristics, he said.

China upholds whole-process democracy in which the notion that “people are masters of the country” is the essence. He said through the National People’s Congress, people exercise and enjoy full democratic rights in all aspects, including decision-making, supervision and the right to vote.

African countries have also been exploring democratic systems that work well and China not only strongly supports them but also contributes to the improvement of people’s welfare, he added.

The two sides, being an important force for peaceful development, have adhered to justice, democracy and safeguarding the common interests of developing countries. China firmly supports Africa’s decision to explore its own development in line with local conditions, he said.