Penalties can be increased to three years imprisonment and fines of €45,000 ($50,000) when the victim is a minor or another vulnerable member of society. 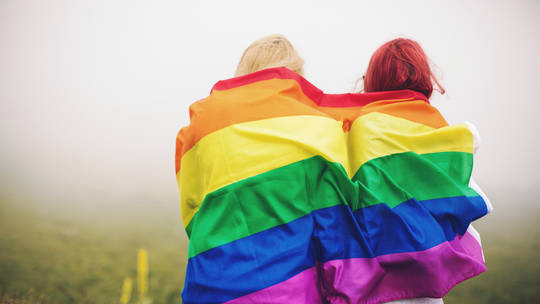 The new French law, which authorizes jail time and fines for practitioners, was unanimously passed.

Lawmakers in France’s National Assembly have given their unanimous backing to a new law which prohibits so-called ‘gay conversion therapy’, voting 142-0.

The new law, passed on Tuesday, prohibits attempts to “convert” LGBTQ people to heterosexuality or traditional gender roles. It also grants authorities the right to seek criminal charges against practitioners of conversion therapy.

READ MORE: “Homosexuality” still taboo in Africa: Gay men in Morocco are fearful due to a recent trend of outing men on social media.

Sustained efforts to “aim to modify or reprimand sexual orientation or gender identity,” which negatively influence the physical or mental health of victims, will be punishable by up to two years imprisonment and €30,000 ($34,000) in fines.

Under the new legislation, campaigners will now be able file civil suits on behalf of victims of conversion therapy. The measure was hailed in parliament as a vital move to safeguard those who hesitate or are unable to alert police themselves.

Lawmaker Laurence Vanceunebrock-Mialon, who played a key role in the law’s passage, claimed it would target “all those who equated an identity or a sexual orientation with sickness.”

“There is nothing to cure,” she added, speaking to fellow lawmakers.

The law will come into effect in the next two weeks, with President Emmanuel Macron’s consent. The French leader hailed the bill’s passage, tweeting: “Because being oneself is not a crime.”

The practice is not widely prohibited across Europe. It is illegal in Albania and is prohibited for minors in Malta and Germany. The EU has urged nation states to ban conversion therapy. In October, the UK Government launched a consultation on banning conversion therapy in England and Wales.