The Paris authorities have issued an order prohibiting Canada-style ‘Freedom Convoy’ demonstrations over the weekend. The ban will run from February 11 to 14. 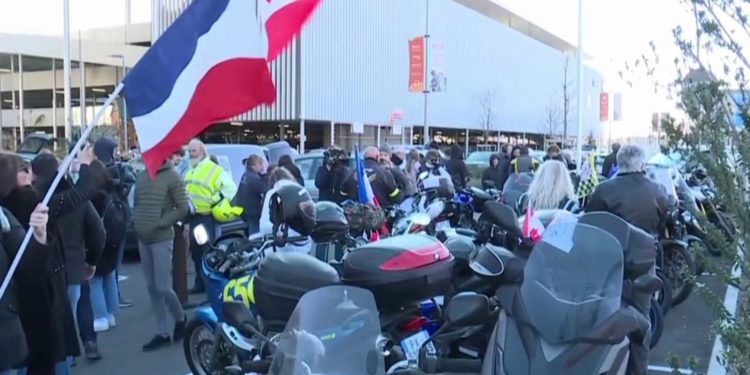 The Freedom Convoy is an ongoing protest in Canada against COVID-19 vaccine requirements for truckers to re-enter the country by land introduced by the government of Canada on January 15, 2022.

The edict came as thousands of motorists took to the road on Wednesday and headed in the direction of Paris to demonstrate against government’s Covid policies – in particular the vaccination pass.

“The stated objective of these demonstrators is to ‘block the Capital’ – by obstructing road traffic in the streets of Paris to promote their demands, before continuing their journey towards Brussels on Monday February 14,” a press release from the police headquarters read.

The police cite an increased “risk of public order disturbances that this gathering could cause” as their reason for banning any Canada-style protests.

READ MORE: At least 100,000 people took to the streets of France after president vows to ‘piss off’ the unvaxxed

The authorities will impose heavy penalties for those who are “obstructing or hindering a road open to public traffic.” The misdemeanor carries a penalty of two years’ imprisonment and a fine of €4,500 ($5,150).

Organizing such a demonstration is punishable by six months’ imprisonment and a fine of €7,500.
The police also announced that a “specific device” will be used by the authorities to prevent the convoy from entering the city.

READ MORE: France: People who have not been jabbed to be blocked from hospitality venues

French protesters have seemingly been inspired but the Canadian truckers’ protest. The Canadian Freedom Convoy has brought parts of Ottawa and other strategic parts of Canada to a standstill.

It started as a demonstration against vaccine mandates for cross-border truck drivers, but has grown into a broader protest against restrictions.