The research, published last week by the University of Cape Town's African Climate and Development Initiative, indicated that more heritage areas are exposed to flooding compared with erosion. 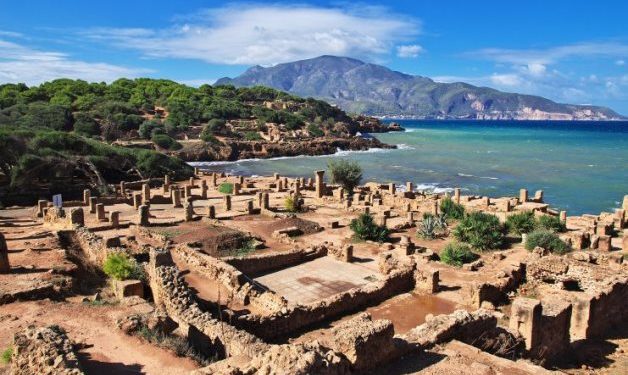 Heritage sites of outstanding and universal value located along the African coast are at threat of rising sea levels, and increased climate change adaptation is urgently needed for the protection of the heritage sites, according to research.

Findings showed that 56 of 284 identified African heritage sites are at risk of a 100-year coastal extreme event. Sites at risk include the iconic ruins of Tipasa in Algeria and the North Sinai Archaeological Sites Zone in Egypt.

Furthermore, the researchers project the number of exposed sites to more than triple by 2050.

Currently, 23 of North Africa’s 109 sites are exposed, while West Africa has 18 sites exposed and southern Africa has seven. East Africa and Small Island Developing States have four exposed sites each.

Tunisia has 34 sites at risk－the highest in the continent, of which seven are exposed to a 100-year event, with two being highly exposed. Egypt has four exposed sites, while Morocco and Senegal have seven exposed sites each.

Cameroon, Republic of the Congo, Djibouti, Western Sahara, Libya, Mozambique, Mauritania and Namibia are projected to have all their coastal heritage sites exposed to the 100-year coastal extreme event by the end of the century.

Michalis Vousdoukas, scientific officer at the European Commission and lead author of the report, said the loss of forts and castles along the coast of Ghana or Kunta Kinteh Island in Gambia would have strong repercussions not only for the people living in their vicinity, but also the international community.

Vousdoukas said many of the sites are deeply interwoven with peoples’ identity and tradition, and they are essential for social well-being, safeguarding traditional knowledge and livelihoods.

The findings also indicated that reducing greenhouse gas emissions as mitigation would result in a 21 percent reduction of the median exposed area, as well as 25 percent fewer sites that would be highly exposed by the end of the century.

READ MORE: Hackers could take control of your PC through this game

The National Museums of Kenya, a state corporation that manages cultural and natural heritage, is working with communities to conserve sites that are threatened by coastal flooding and erosion.

Fatma Twahir, the chief curator of heritage site Fort Jesus in Kenya’s coastal Mombasa city, told Kenya News Agency that the National Museums of Kenya has partnered with the cultural protection fund to train curators and communities living near the heritage sites to keep them safe.