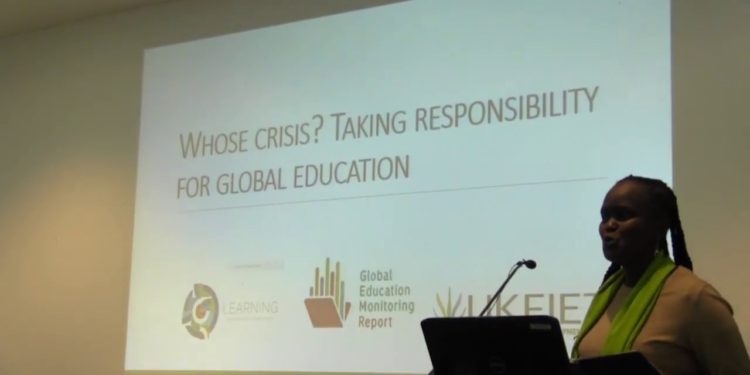 The debate on whether to reopen schools or not and what happens to class eight and form four examinations has roped in political leaders even as the taskforce on Covid-19 education chaired by Dr Sara Ruto is expected to complete its report this week on the way forward.

Mr Odinga — the Orange Democratic Movement (ODM) leader — and Council of Governors chairman Wycliffe Oparanya said the government would be putting millions of lives at risk should it rush to reopen schools. Mr Odinga said it is better for learners to stay at home and remain safe instead of rushing back to school.

Mr Oparanya asked the Health ministry to take a cautious stand on reopening schools.
“I would say that it is not advisable to reopen the schools if the pandemic is still on because that will be endangering the lives of our young children,” he said.

“The fact that they are young, it may be difficult for them to follow regulations as they need close guidance yet the ratio of teachers to children is low,” Mr Oparanya told the Nation in his office in Kakamega town.

“We’d rather postpone examinations than risk the lives of young children,” he added.

All learning institutions in Kenya, as was the case in more than 200 countries worldwide, were closed early in the year to ensure the safety of learners. In Kenya they were closed on March 15, soon after the first case was detected.

Many countries around the world have however begun reopening their schools after bringing down infection rates.

They include China, Germany, Taiwan, Sweden, Denmark, Norway and Japan while others such as the UK and South Africa are considering a phased-out reopening.

In Kenya, President Uhuru Kenyatta has hinted at easing restrictions, which include a night curfew, but he is unlikely to order reopening of schools immediately given that infection cases have been on the rise in the last two weeks following increased testing.

On Tuesday, the number of infections rose to 1,348 after 62 more people tested positive. A total of 405 patients have recovered while 52 have died.

STRINGENT MEASURES
Mr Odinga pointed out that the learners were too young to comply with the stringent measures meant to protect Kenyans against the virus hence the country must wait for effects of the virus to subside.

“We will be doing our children a disservice if we push them to resume lessons amid effects of the virus. We need them alive and education stakeholders must consider this,” said Mr Odinga during a radio talk show on Milele FM.

He also pointed out that there were disparities among learners in access to the internet and other gadgets required for e-learning at home hence the Education ministry will be unfair to subject learners to a similar examination. “Those who live in rural areas are the most affected because their access to the internet is a big problem.

As their counterparts in urban areas continue with e-studies, they are disadvantaged due to lack of equipment for e-learning hence are likely not to perform well in exams,” added Mr Odinga.

“I make this call particularly for the sake of the millions of our pupils and students who stand to lose heavily if the brinkmanship and grandstanding between the two sides continues.

“Surely, they can come to a compromise and spare our young learners the push and pull, otherwise it will be the grass (learners) who will suffer as the two bulls fight,” Mr Musyoka said in a statement.
Mr Odinga’s thoughts are also shared by head teachers who have cautioned against rushing to reopen schools during this coronavirus pandemic.

ADEQUATELY PREPARED
They want the decision to reopen schools well thought out and informed by data from the Ministry of Health and other government agencies.

Last Friday the taskforce said it had received 3,000 submissions on re-opening of schools.

On Saturday President Kenyatta announced the allocation of Sh6.5 billion to the Education ministry and indicated that schools would be reopening soon.