Kigali: How Muslims in Rwanda celebrated Eid al-Fitr under lockdown

Normally, on Eid al-Fitr, Muslims gather in large masses in Mosques where they pray and later go in their homes, invite friends and relatives to share food and drinks 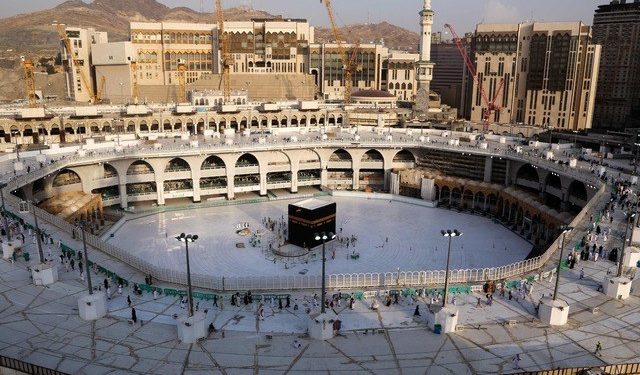 Sunday, May 24 marked the end of the holy month of Ramadan, the ninth month in the Islam lunar calendar that obliges healthy adult Muslims to abstain from food and drink from dawn until dusk.

The month culminated with the celebrations of Eid al-Fitr.

However, this year’s celebrations were different due to the COVID-19 pandemic.

Given that mosques are closed as part of the measures to control the spread of coronavirus, Muslims countrywide celebrated the day and prayed from their homes.

According to Uzamukunda Darilla who lives in Nyamirambo Sector, Nyarugenge District, the pandemic did not change the significance of this day.

“As we have been advised by our Mufti, we have to maintain the preventive directives while doing our usual spiritual disciplines on this day. At my home we began the day by taking breakfast as it has been long without taking it,” she said.

She added; “We thereafter took a shower and wore nicely as we would do if we were to go in Mosques. We later followed the Mufti’s prayers on television,

“We cooked and prepared drinks which we shared as a family.”

Eid al-Fitr also saw family heads leading prayers from their homes, according to Sheikh Asman Ntahontuye, a father of three children and one wife.

He said: “After early morning prayers and taking breakfast, I led prayers at my home with my wife and children. After praying, we shared lunch while chatting and thanking God that we ended Ramadan safely. We will also get time to share supper in the same mood.”

According to a section of Muslims in Rwanda, the global pandemic did not stop them from practicing Zakat al-Fitr— one of the five pillars of Islam that encourages Muslims to donate a certain portion of their wealth to the poor.

Hanifa Nyirakomeza is a mother of four children. She says that her family embraced technology to share with the needy.

“As we have been urged by both our religion and government, we can’t risk going out to share meals with poor families. But because we already know those that are less-privileged, we sent them cash via Mobile Money for them to also joyfully celebrate this day,” she said.

Some also sent money to religious leaders to distribute the donation to vulnerable families.

“We all know how crucial and beneficial Zakat is, especially to those less fortunate. We were given mobile numbers of our respective religious leaders where we sent money and they sent it to vulnerable families because they already know them,” said Ntahontuye.

Though the holy month of Ramadan came to an end, Muslims are urged to maintain a prayerful lifestyle and continue extending support to the needy.

In televised national prayers, Mufti of Rwanda Sheikh Salim Hitimana also called on Rwandan Muslims to put more effort into the fight against COVID-19 and stay away from habits that might lead to the violation of the directives to fight the virus.