According to Botolo, the Malawian population in South Africa is close to 900,000 which he said is double the country’s civil service hence the government’s dilemma 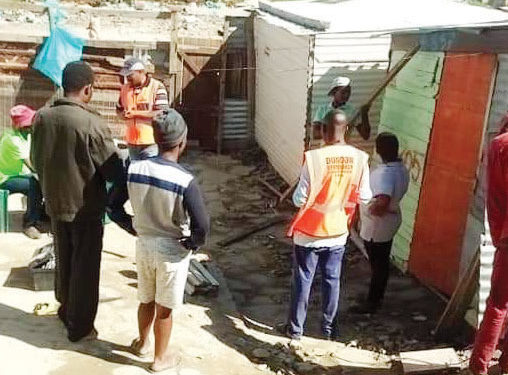 The Government of Malawi is in a dilemma on the kind of help it should render to thousands of Malawians in South Africa who have been rendered destitute by the two-month lockdown which the South African Government declared in the wake of the Covid-19 pandemic.

The Cyril Ramaphosa administration announced on Thursday that as it transitions to level four of the ‘national coronavirus alert’ the government will continue to provide basic needs only to South Africans citizens and not foreigners.

This has led to a widespread outcry among Malawians who migrated to the Rainbow Nation in search of greener pasture. The Malawians—most of whom are economic migrants—have pleaded with the government to repatriate them complaining that living conditions have since become unbearable.

“Most of Malawians here are under panic. Most of us are involved in piecework and we do not qualify to claim any money from our employers for the days that we are not working due to the lockdown. Landlords are on the neck of everyone, but we have no money to pay them. But there are some Malawians willing to come back home, and the [Malawi] government has to reach out to them,” said Blessings Malunga based in Cape Town who works at Super Seal Painting and Water Proofing.

Originally from Mangochi, Malunga who went to South Africa in 2015, complained that since the host nation took tough measures of containing the coronavirus by, for instance, restricting movement and closing of borders, there has been no word from the office of the Malawi High Commissioner there.

Malawi’s Deputy High Commissioner to South Africa Gloria Bamusi did not respond to our questionnaire.

But Principal Secretary (PS) in the Ministry of Foreign Affairs Ben Botolo said in an interview on Thursday that the government is faced with a complicated situation as regards Malawians that are suffering in South Africa.

He said such is the case because a majority of such Malawians are undocumented and that they used uncharted procedures to get to the Rainbow Nation.

“It is a complicated state of affairs. It is very difficult to clear most of those since they are illegal immigrants. In the interim, we are writing the International Organization for Migration (IOM) to assist them with food and basic needs as we explore on avenues to come to their rescue,” Botolo said.

Asked on the projected resources that the ministry will inject into the exercise of repatriating and setting up of quarantine centres for those that will be brought back home, Botolo said the crisis in question is beyond the Ministry of Foreign Affairs.

“The Covid-19 pandemic has taught us lessons. Because, as we speak, we do not have facilities to keep such a huge community should it be brought back into the country. So looking at the issue of quarantine centres, their upkeep and health needs, we are working with all the responsible departments but it will not be a one-day thing I must say. Our hope is in the IOM,” he added.

But another Malawian resident in South Africa Mike Kachingwe said in a WhatsApp interview that it is wrong for the government to focus on the legality of the residence status of Malawians in the country during a time of difficulty.

He, however, reiterated that most Malawians are unregistered a development which pushes them into the informal labour sector which has since come to a halt.

“It is very difficult for an average Malawian in South Africa now to neither have food, access medication nor pay for shelter. As I speak, I am looking after three Malawian families which are completely stranded. The situation is dire and the only hope for now is in government. Let it not matter for now on how these brothers and sisters found themselves here,” he explained.

But Social Media activist also based in South Africa Yamikani Kachingwe has asked government to consider extending the emergency Cash Transfer Project to Malawians there as it engages who voluntarily wish to return to Malawi.

“Some Malawians are willing to go back home government can invite those that are willing through a communique. In the interim the Social Cash Transfer initiative can also help, for instance 200 Rand which is an equivalent of K10, 000 would go a long way for a suffering family here: this can be done through mobile money transfer. Tracing beneficiary Malawians should be very easy since we have the office of the high commission,” Kachingwe opined.