Malawi: Violence to get worse—experts 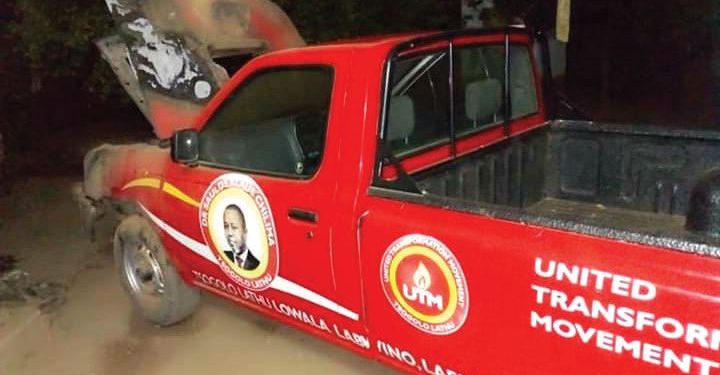 Henry Chingaipe and Ernest Thindwa argue that it is also not surprising that fingers are pointing at governing Democratic Progressive Party (DPP) as perpetrators of the violence.

“I am not surprised with the violence, looking at the journey right from the nullification of the 2019 presidential election to date. Studies have shown that ruling parties tend to perpetrate political violence because the ruling political cadres feel they are above the law.

“They are untouchable and the police cannot do anything to them. That is why they act with impunity. I can tell you that the political violence will only get worse and will surely affect the quality of the election itself,” Chingaipe said.

In his remarks, Thindwa said Malawians should be worried with the violence, saying the police have chosen to take a partisan role in their law enforcement duties.

“We should expect more of these cases because the DPP cadets feel they are above the police and they can do anything they want and they cannot be reached by the law,” he said.

Less than 24 hours after UTM accused DPP of violence against their monitors in the ongoing voter registration exercise, unidentified people in the wee hours of yesterday petrol-bombed a car belonging to UTM Eastern Region Director of Women, Hasheeda Hussein.

Eastern Region Police spokesperson Joseph Sauka confirmed the attack, saying the police have since launched investigations into the crime.

“I am still waiting for more details from the PRO [Public Relations Officer of] Balaka Police but I can confirm that the incident has indeed taken place and that the victim has lodged a complaint with the police. We visited the scene and have launched our investigations,” Sauka said.

Thyolo Police spokesperson Amos Tione also confirmed receiving a complaint that a Malawi Congress Party (MCP) monitor was assaulted by some unidentified people at Bvumbwe in the district during the ongoing voter registration exercise.

But MCP Thyolo District Chairperson Harry Betha claimed the DPP youths calling themselves ‘Super 16’ attacked the woman at Chisawani, Bvumbwe in Thyolo North and another monitor at Goliati in the district.

“We are not free to conduct our duties. Everyone should be free to belong to any political party of their choice but right now we are anxious about what will happen next for us?” Betha said.

When contacted on the accusations that his party is perpetrating violence ahead of the election, DPP spokesperson Nicholas Dausi refused to comment, saying The Daily Times must contact the police.

“Go to police. I am not a policeman,” said Dausi, who is also Minister of Homeland Security, before cutting off the line.

Addressing the press on Saturday, UTM spokesperson Joseph Chidanti-Malunga alleged that DPP was orchestrating political violence on its opponents to frustrate the election.

On his part, UTM Southern Region governor, Steve Mikaya, challenged the police to rise to the occasion and arrest perpetrators of the violence, saying they will be forced to protect themselves if the police do not protect them.

In a separate interview, the party’s Secretary-General Patricia Kaliati said the acts of violence are only a sign of defeat for the perpetrators.

Meanwhile, in her address marking the launch of the official campaign period ahead of the July 2 election, Mec Chairperson Jane Ansah urged political parties to refrain from political violence.