Malian Army Take Over Gossi Military Base From the French

France announced in February it was to begin a military withdrawal from Mali after more than nine years of fighting a jihadist insurgency. 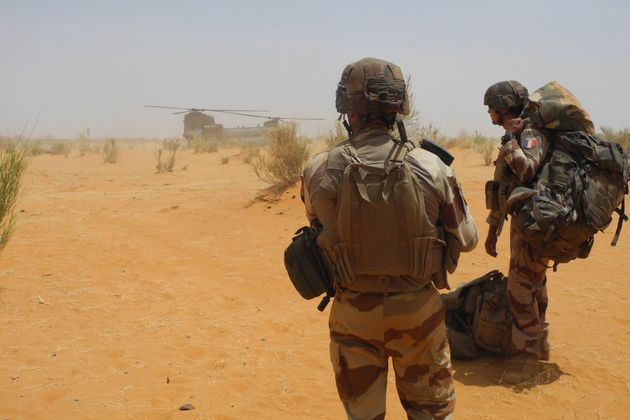 In a major step towards the departure of France’s Barkhane anti-jihadist force from Mali, the French army has officially handed over the keys of the Gossi military base to the Malian military.

Some 4,600 French soldiers are currently deployed in the Sahel, including 2,500 in Mali, which should change little before the handover of the Ménaka and Gao bases.

“After three years of permanent presence in Gossi and eight successive detachments, Barkhane is now transferring this forward operating base to its Malian partners,” said an unnamed French general at the ceremony.

France announced in February it was to begin a military withdrawal from Mali after more than nine years of fighting a jihadist insurgency.

France first deployed troops against jihadists in Mali in 2013 under the Socialist president François Hollande.

The intervention successfully stemmed the insurgents’ advance and returned key cities such as Timbuktu to government control, but extremists swiftly regrouped.

“On this memorable day, Tuesday 19 April 2022, you and your troops will have to leave the FAMa (Malian Armed Forces) with the exhilarating task of continuing the regalian missions by taking effective control of this site and securing the Gossi sector,” said an unnamed Malian general at the ceremony.

Gossi is the 4th base to be returned to Malian forces, following the return of three northern bases: Kidal, Tessalit and Timbuktu last year.

Paris has reaffirmed that it does not intend to cease its fight against the jihadists but wishes to work with the neighbouring countries of the Gulf of Guinea and West Africa, where the jihadists threaten to disseminate.