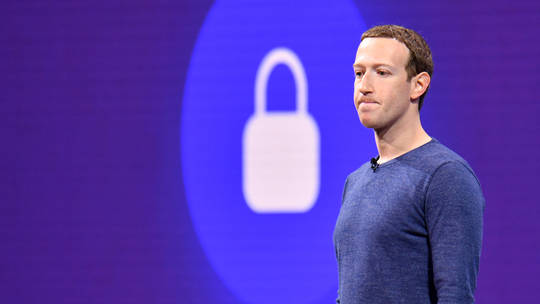 Speaking to Times Radio on Saturday, Dorries said Zuckerberg, who heads Meta, Facebook’s parent company, and other tech bosses could “absolutely” be put behind bars if they did not comply with the government’s draft Online Safety Bill. She expressed hope that the legislation would be a “notice to the online platforms to say here it is, we’re letting you know what it is now, so start doing what you need to do.”

The government claimed that naming these offenses would enable Ofcom to take enforcement action against non-compliant firms more quickly. But Dorries said these platforms “don’t need to wait for the bill” since they “have the powers to [take action] now.”

What [tech firms] need to do now is to remove those harmful algorithms on [their] platforms. Stop directing people to suicide chat rooms, stop allowing [pile-on] hate, stop allowing people-trafficking, stop allowing threats of hate, violence and rape, and remove it all now.

However, critics like the National Society for the Prevention of Cruelty to Children (NSPCC) have dismissed her claims as “rhetoric.”

Andy Burrows, NSPCC head of child safety online policy, told The Independent that “tech bosses wouldn’t be personally liable for the harmful effects of their algorithms or failing to prevent grooming, and could only be prosecuted for failing to supply information to the regulator.”

Meanwhile, the Labour Party called for tougher sanctions against senior tech executives, with shadow culture secretary Lucy Powell stating that Ofcom would face a “David and Goliath situation” when “taking on some of the biggest tech firms in the world” and needed “access to the full range of tools in its belt, including making top bosses criminally liable for persistently failing to tackle online harms.”

Meta or other tech giants have not commented on Dorries’ claims as yet.