The Nigeria Army has confirmed the killing of Terwase Akwaza, the most wanted criminal in Benue State. 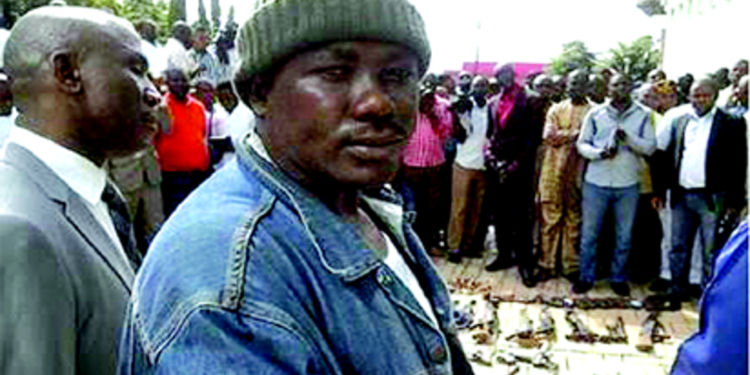 Akwaza, who is popularly known as Gana, was killed during a gunbattle with military men along Gbese-Gboko-Makurdi road, on Tuesday.

Speaking with reporters, Ali said that 40 armed members of Gana’s gang were also captured during the operation.

The Commander disclosed that several rifles, pump action guns, ammunition, charms and explosives, among other items were recovered from the gang.

He said Gana’s corpse has been deposited in an undisclosed hospital mortuary.

According to Ali: “At about 12:00 hours today (Tuesday), we received strategic information on the movement of the dreaded bandit Terwase Akwaza Agbadu AKA Gana along Gbese-Gboko-Makurdi road.

“At about 13:00 hours, there was a meeting engagement with the convoy of Gana, a shoot out ensued and the bandit was killed.”

to the Benue State government following an amnesty programme extended to criminals.