The Kaduna state government Thursday announced a 24-hour curfew until further notice as parts of the measures to prevent the spread of coronavirus to the state. 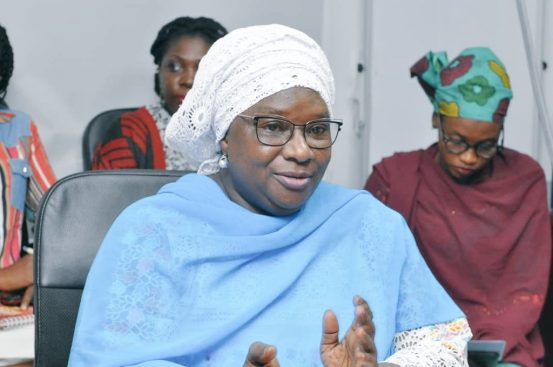 The state deputy governor, Hadiza Balarabe said in a broadcast that from midnight on Thursday, residents are to stay inside their homes from dusk to dawn.

She said the decision to impose curfew was due to the Unsatisfactory compliance level to the ban on the commercial tricycle and motorcycle operators and restriction on large gatherings by large sections of residents.

She also noted that Kaduna does not have the human resources and the health facilities to cope with the pandemic should it spread through the towns and villages in the state.

Balarabe said the curfew imposition is “in the exercise of the powers vested in the governor by the Constitution of the Federal Republic of Nigeria1999, (as amended), Sections 2 and 8 of the Quarantine Act 1926 and the Kaduna State Public Health Law of 1917.”

The deputy governor stated that the State Standing Committee on COVID-19 Prevention met on Thursday to review global and national developments relating to the coronavirus pandemic.

“The Committee also considered reports of unsatisfactory compliance levels with the preventive measures that have been outlined by the government in repeated announcements, and with increasing severity, over the past seven days,’’ Balarabe said.

She warned that “from midnight of Thursday, 26th March 2020, all residents of Kaduna State must stay at home. No offices, businesses of any sort of places of worship are allowed to open.”

Balarabe noted that the only workers in essential services such as health workers, the fire service and security personnel are exempted from the curfew.

Vehicles traveling through the state to other states are permitted transit, but they are expected to ply only the Western bye-pass.

The deputy governor said the curfew will be strictly enforced by the security agencies.

While the curfew is on, supplies for vulnerable persons will be distributed in community clusters across identified parts of some urban local government areas in the state.

“Churches and mosques will be shut, there will no congregational prayers or services either within these places of worship or outdoors,” Balarabe said.

“Wedding events and all social gatherings are strictly prohibited while these emergency measures remain in place,” she added.