Nigeria: More Christians murdered under Buhari than at any other time, Fani-Kayode replies Presidency

The Presidency, in a statement by Buhari’s spokesman, Garba Shehu, on Sunday had accused the Indigenous People of Biafra (IPOB) of using false claim of persecution of Christians to wage war against Nigeria. 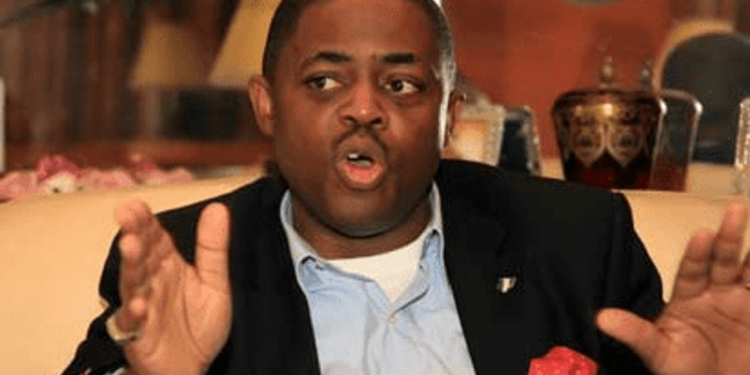 A former Minister of Aviation, Femi Fani-Kayode has claimed that more Christans had been murdered under President Muhammadu Buhari’s government than at any other time in Nigeria’s history.

He said Nigerians and the International community should disregard any claim that Christians in Nigeria are being persecuted.

But responding in a series of tweets on his verified Twitter handle, @realFFK, Sunday night, Fani-Kayode wrote:

“The humiliation, persecution and marginalisation of Christians in Nigeria over the last five years is self-evident. The ethnic and religious cleansing and wholesale slaughter of northern Christians is undeniable. Those that deny it are the sponsors of the genocidal maniacs and mass murderers.

“Nnamdi Kanu, Asari Dokubo, Anniko Briggs, Shola Salako, Tony Nnandi, Baron Roy, Gani Adams, CAN, leaders of the MB and the South, Church leaders, Christian clerics, yours truly and millions of others that have pointed out this reality over the last few years have the truth.

“The attempt by the Presidency to deny these heinous crimes against humanity, though shameless ans irresponsible, is to be expected. To say that Christians are not being slaughtered in Nigeria is like saying Hitler and the Nazis never murdered six million Jews during the holocaust.

“Worse still it is like saying that pigs, cows and goats are not being slaughtered in abattoirs. Northern Nigeria particularly has become nothing but a slaughterhouse and a graveyard for Christians.

“It has also become a place that has been rightly described as ‘the most dangerous place on earth for Christians to live’ by @realDonaldTrump and numerous international organisations and world leaders. More Christians have been murdered under the watch of Muhammadu Buhari than at any other time in our history outside of the civil war.

“What a horrendous and morbid legacy that is & every person that helped to bring him to power in 2015 and continues to support him has a share of that blood on their hands. Those of us that are Christians shall NEVER forget this and all the denials in the world cannot change it.

“Such patently false and manifestly irresponsible mendacities and denials are to be expected from a Presidency that is complicit in these killings, whose hands are dripping with blood and who favour, support and seek to cover the tracks of those that delight in snuffing out.

“Christian souls and shedding Christian blood. Whether they wish to admit it or not, the truth is that more Christians have been maimed, slaughtered, butchered, tortured and displaced under Buhari’s watch than at ANY other time in our beleaguered history outside of the civil war.

“What a morbid and horrendous legacy that is and all the denials in the world cannot change it or wipe the slate clean.

“I hope that Buhari and his rag-tag and tattered mob of pitiful jesters, ignorant cheerleaders and sociopathic sadists are proud of themselves.

“Yet one thing is clear: that the Living God sees and knows all and, in His own good time, He shall deliver us from the cruel hands of these Egyptians and avenge us!”