Ngige said the meeting is “a bilateral dialogue between us as Nigerians to consider the state of the economy and events that have necessitated recent increases in electricity tariff and the price of petrol.” 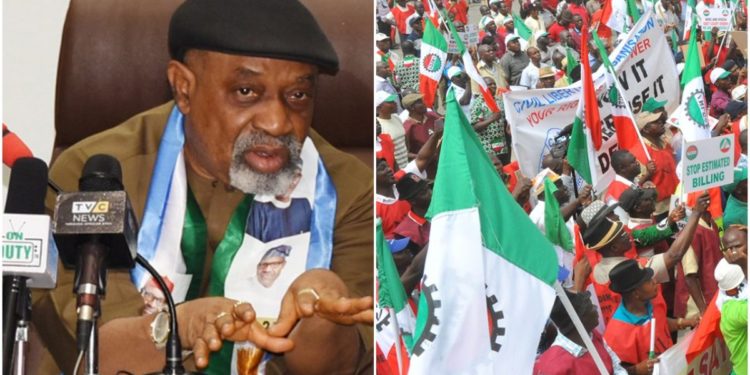 The talks between the Federal Government and the Organised Labour over the removal of petrol subsidy and the increase in electricity tariffs, ended in a deadlock on Monday.

While welcoming the labour leaders to the meeting held at the Bouquet Hall of the Presidential Villa, in Abuja, the Minister of Labour and Employment, Senator Chris Ngige, urged stakeholders to join heads and deliberate how Nigeria can survive the economic challenges imposed by the COVID-19 pandemic.

The Minister of State for Petroleum Resources, Timipre Sylva, urged the labour to show more understanding with the government over its policies.

“There are a lot of issues to discuss; from 10 o’clock we haven’t been able to trash out all the things; I think it will be right to set committees to further deliberate and resolve them,” he said.

But the President of the Nigeria Labour Congress (NLC), Ayuba Wabba, argued that the recent hike in cost of fuel and electricity tariffs further aggravated the economic hardship facing Nigerians.

Wabba said workers who have lost their jobs and sources of income due to COVID-19, are being forced to make further sacrifices.

“At this point, what do you have on the table to cushion the effects on workers – their families because they have been pushed to the wall and already at the edge. Do you have anything for us? So that we can now say that despite these challenges, this is what I have for Nigerian workers that they can have something that can cushion this effect for them.”

According to him, “Already the value of minimum wage had been eroded. The purchasing power parity, when you compare with all West African countries, we are already on the ground.

“That is the reality. In Ghana, compare their minimum wage with our own; in all West Africa countries, including Niger Republic that has just started refining recently, they are now serving us with products. That is not how we ought to be.”

The meeting ended with no agreement reached, while no date was fixed to continue the talks.