President Muhammadu Buhari led government says the price of electricity and fuel in Nigeria are the lowest in West Africa. 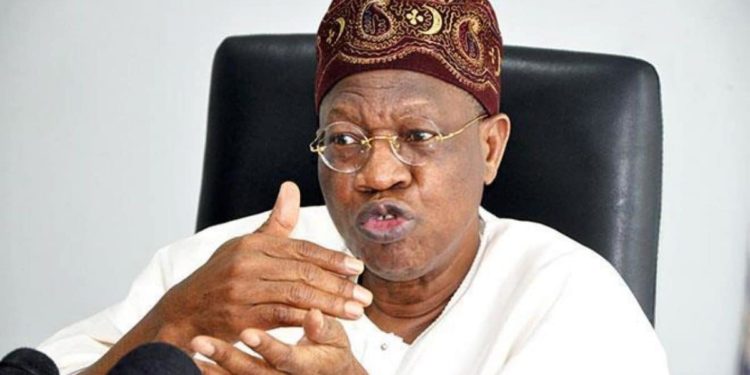 Minister of Information, Lai Mohammed, said this in a statement on Monday.

He noted that with the price of crude inching up, the price of petrol locally was also bound to increase, hence the latest price of N162 per litre.

“If, perchance, the price of crude drops again, the price of petrol will also drop, and the benefits will also be passed on to the consumers. The angry reactions that have greeted the latest prices of Premium Motor Spirit (PMS) is, therefore, unnecessary and totally mischievous.

“The government can no longer afford fuel subsidy, as revenues and foreign exchange earnings have fallen by almost 60%, due to the downturn in the fortunes of the oil sector. Yet, the government has had to sustain expenditures, especially on salaries and capital projects. Even though we have acted to mitigate the effect of the economic slowdown by adopting an Economic Sustainability Plan, we have also had to make some difficult decisions to stop unsustainable practices that were weighing the economy down.”

Mohammed stressed that the cost of the fuel subsidy is too high and unsustainable.

The Buhari administration said despite the recent increase, the price of fuel and electricity in Nigeria “remains the lowest in the West/Central African sub-region.”

He further gave a comparative analysis of petrol prices in the sub-regions in Naira equivalent per litre.

“The truth of the matter is that due to the problems with the largely-privatized electricity industry, the government has been supporting the industry. To keep the industry going, the government has so far spent almost N1.7 trillion, especially by way of supplementing tariffs shortfalls. The government does not have the resources to continue along this path. To borrow just to subsidize generation and distribution, which are both privatized, will be grossly irresponsible.

“But to protect the large majority of Nigerians who cannot afford to pay cost-reflective tariffs from increases, the industry regulator, NERC, has approved that tariff adjustments had to be made but only based on guaranteed improvement in service. Under this new arrangement, only customers with a guaranteed minimum of 12 hours of electricity can have their tariffs adjusted. Those who get less than 12 hours supply will experience no increase. This is the largest group of customers”, he said.
Source: dailypost.ng