Ohanaeze Ndigbo has hinted that Governor Ifeanyi Ugwuanyi of Enugu State is being considered for the position of Nigeria’s President in 2023.

Speaking when a delegation of some Enugu residents in the 19 Northern States paid him a visit in Abuja, the Secretary-General of Ohanaeze Ndigbo, Mazi Okechukwu Isiguzoro said Governor Ugwuanyi was being considered for the position. 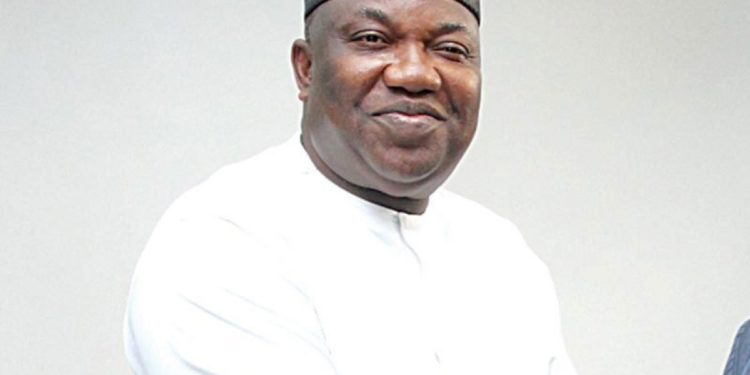 There has been a continuous clamour for an Igbo man to succeed President Muhammadu Buhari in 2023, a quest hinged on equity and power rotation.

The visit followed a meeting the Ohanaeze Secretary-General held with some Northern groups ahead of the 2023 general elections.

At the visit, the Enugu residents requested for Ohanaeze’s endorsement of Ugwuanyi.

Isiguzoro agreed with the Enugu residents that Governor Ugwuanyi was a saleable candidate and a competent person.

According to him, “Governor Ifeanyi Ugwuanyi of Enugu State has high rating and acceptability owing to his peaceful disposition.

“He has restored Enugu as the pride of the East by making the State one of the safest States in the country.

“The Governor is one person who has endeared himself into the hearts of many Nigerians because of his all inclusive leadership style. So, we will be glad to see him throw his hat into the ring.

“Ndigbo are also proud of him for the role he played as the chairman of the PDP zoning committee, which zoned the national chairmanship position of the party to the North.

Read more: 2023 Elections: Why I must relocate from Nigeria if Tinubu emerges next president – Bode George

“I can assure you people that he is being considered for the position; however, all that will happen when he declares interest.”

Earlier, the Enugu residents led by Mazi Chidi Eze had urged the Ohanaeze leadership to give Gov. Ugwuanyi the needed backing for the presidential race.

He said “Nigeria is at a crossroad right now, with the level of disunity and hatred have never seen since after the civil war. This is why we need someone who is a master in the politics of unity.

“We don’t need someone who will come in to foster more disunity; rather we want a unifier in the person of Governor Ugwuanyi to steer the ship of this country in 2023. Nigeria and Nigerians will not regret it.