Ubudehe is a long-standing and cultural value of mutual assistance which was adopted by the government in 2000 as part of the strategies to address poverty reduction. 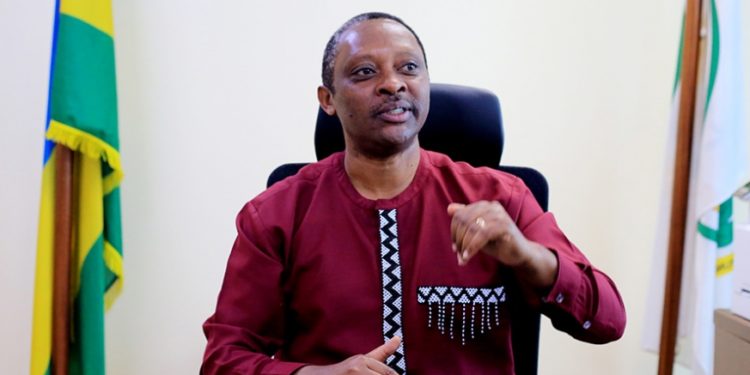 The Ministry of Local Government has completed the review of the categorization process of Ubudehe programme, unveiling five new categories in which Rwandans will be classified depending on their socio-economic status.

In the present context, Ubudehe can be understood as a socio-economic stratification system in which poor Rwandans are supported with social protection schemes.

Currently, Rwandans have been classified under four categories with the first category designated for the poorest people in society while the fourth category is for the wealthiest members of society.

Anastase Shyaka, the Minister of Local Government said Rwanda has made huge progress with the Ubudehe programme, but recent categorization has been characterized by challenges.

Despite the huge financial outlays in the social protection sector, poverty reduction levels have been low in the last five years.

Between 2012 and 2017, annual public spending on the social protection sector increased from Rwf64 billion to over Rwf130 billion.

To him, this is “probably because we were not supporting the right people”.

Under the new reforms, categories of Ubudehe have been revised to five after national consultations with communities, citizens, faith-based organisations and civil society organisations.

“The special focus on the new categorisation is the graduation of communities from poverty. If we want to transform the person who’s receiving the support, they need to understand that support will not be eternal except for those who are more vulnerable,” he noted.

What informed the review?

Previous categories have been characterised by several challenges including over-dependency of Rwandans on the government, and slow graduation of communities from poverty.

“As we invested in people, we became a state that is seen as so kind to give to its people. To some extent, that created a mindset of dependency where people say it is good to [always] expect from the government,” the minister said.

The current categories were also characterized by repetitive and constant appeals and complaints to change categories and petty corruption and bribery in a bid to get lower categories.

The second phase of categorization was also characterized by nepotism at local levels, as well as poor implementation framework of categories by programme users.

It is the same reason, the minister said, “the implementation framework needed to be reviewed to ensure that we actually support those that need to be supported.”

The new categories have attempted to fairly re-distribute households into their socio-economic welfare status.

Previously, they complained that households with different socio-economic welfare status were classified in the same categories.

For instance, households in the upper category 1 and lower category 2 had almost the same household characteristics.

The naming of the categories was changed from numerical numbers to letters, which means that the new categories will be referred to as Category A, B, C, D & E (Special Category).

Shyaka told this publication in an exclusive interview on Thursday, June 25 that the new Ubudehe approach was inspired by the graduation paradigm.

“Category “C” and “D” are the main categories that will be the focus for graduation and upon reception of any social protection intervention or service, they will be obliged to sign households’ performance contracts,” he explained.

The new model, he added, is envisaged to be cost-effective and evenly spreads resources and assigns roles and tasks across all categories.

Category E (Special) is a completely new category. Households in the category are those who are aged, more vulnerable and probably have no skills to pursue any job.

Households in category A & B won’t benefit from social protection schemes, rather they are expected to be partners in community development through their investments and skills that create jobs and corporate social responsibility.

What the new categories mean

A & B: Category of households with diverse life choices and self-reliant that spur community empowerment and graduation from poverty.

C & D: Category of self-reliant households that benefit from social protection interventions and multi-sectoral interventions and have to sign performance contracts (Imihigo) for graduation within a period of 2 years.

Special category (E): This category of households is expected to benefit from full state social protection and individuals in this category are not expected to graduate and will not sign performance contracts.

Shyaka said the implementation is expected to be effective January next year.