Saffas were quick to push boundaries with police and law enforcement after the lockdown got underway, with 55 people arrested overnight. 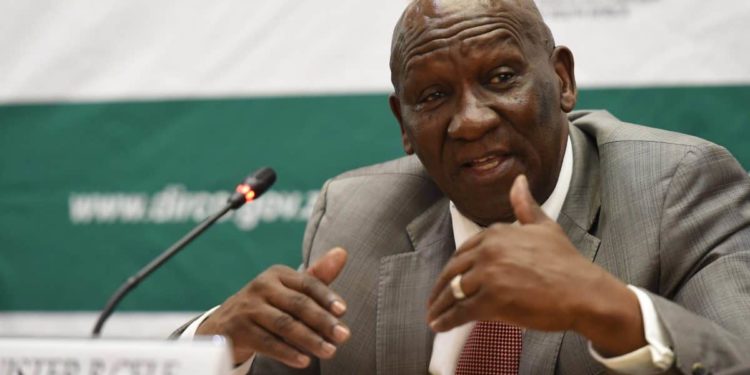 Speaking among government ministers at the National Command Centre briefing about portfolio progress in the fight against coronavirus, Minister of Police Bheki Cele announced that in the early hours of Thursday 26 March – the very first day of the nationwide lockdown – law enforcement agencies arrested 55 people for contravening the orders passed down by President Cyril Ramaphosa.

“We had a good night, we had success,” he said. “Many South Africans had a very good will. Our phones were abuzz with reports [of crime] from civilians all over the country.”

“Law breakers were punished,” he warned. “If you don’t walk with us, we will pull you.”

55 arrests on day one

Of the total 55 arrests made across the country on Thursday morning, the Free State accounted for five, KwaZulu-Natal (KZN) saw seven arrests and Limpopo 10.

The North-West province saw 11 arrests, the Western Cape two and Gauteng saw the lion-share of lawbreakers with 20 people arrested for contravening lockdown laws.

Six of Gauteng’s arrests were residents of the Alexandria township, where law enforcement was forced to intervene as people queued up at shops and ignoring the general advice on social distancing.

“Ramaphosa gave orders to armed forces to go over the country and ensure that the people are protected and saved,” said Cele.

Defence Minister Nosiviwe Mapisa-Nqakula said that despite some teething problems, the South African National Defence Force (SANDF) had done relatively well to kickstart its auxiliary support of law enforcement during the lockdown.

“We are in a campaign that is meant to support the SAPS led by the department of heath,” she said. “We are taking about a deployment bringing together metros, police and the SANDF.”

“Upfront I must submit some failures. We received messages and queries complaining about the absence of the SANDF and SAPS. Eventually there was deployment to that area [Alexandra].”

She requested that the Defence Force receive some compassion from South African citizens as it becomes accustomed to unchartered protocol.

“This pandemic is a killer. We are fighting an invisible enemy and our people must bare this in mind.”

SANDF has no authority to arrest

She said that the defence force was well resourced, but clarified the SANDF’s position as a support unit for law enforcement agencies, saying that they do not have the power to arrest law-breakers.

“We have 3000 [soldiers] awaiting deployment. We are not enforcers with arresting powers. We simply give support where the need arises.”