The South African leader now faces pressure to step down after over the discovery of $500,000 that was stuffed inside a sofa in his game farm. 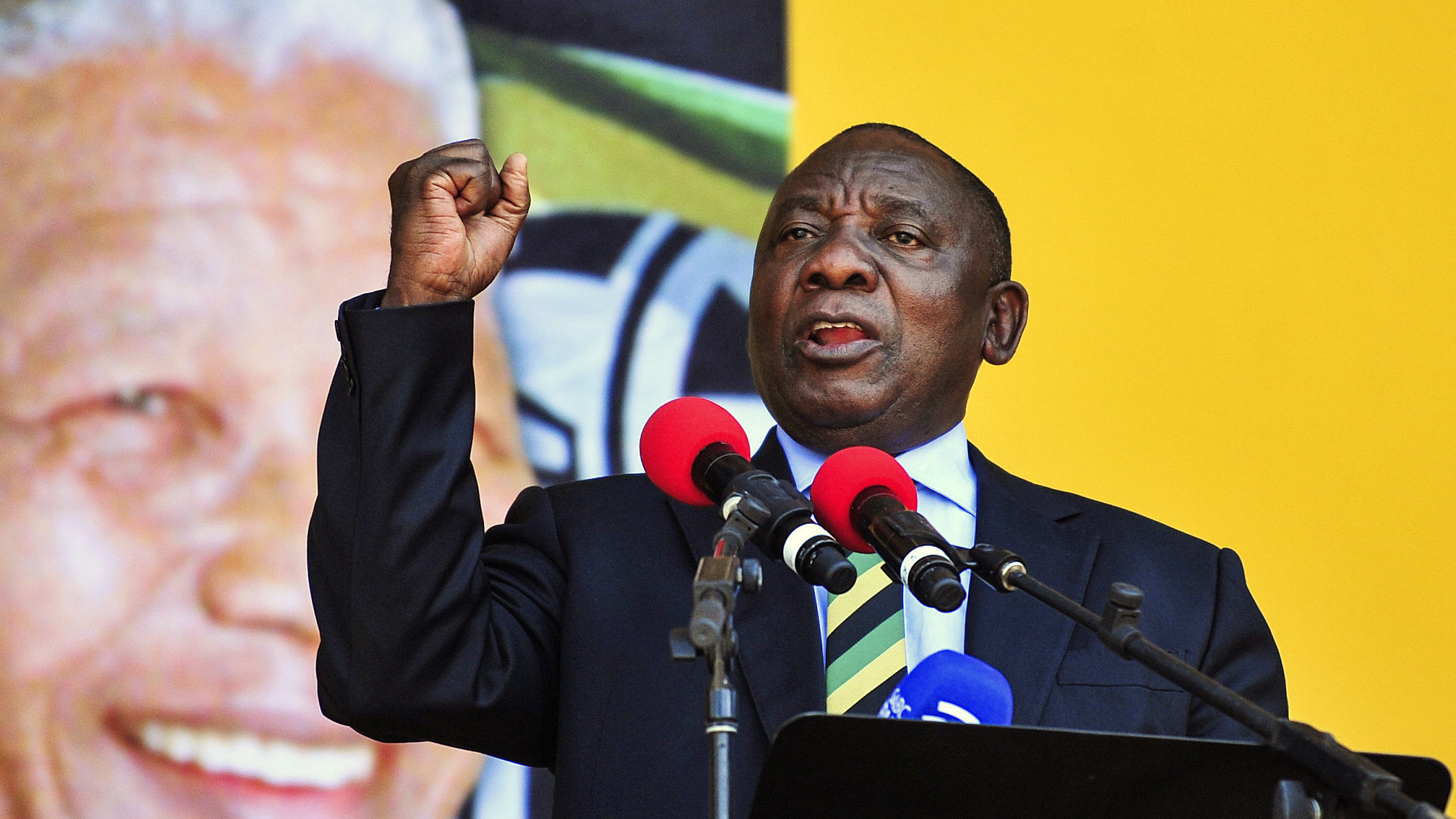 Cyril Ramaphosa seen delivering a speech Sunday at the Grand Parade in Cape Town, South Africa, before he was elected president.

It’s been Almost five years since Cyril Ramaphosa pledged to clean up South Africa of corruption, it appears paradoxical that his presidency stands under threat over corruption scandal the media world have come to label the “FARMGATE”.

The South African leader now faces pressure to step down after over the discovery of $500,000 that was stuffed inside a sofa in his game farm. These revelations have culminated into pressure to resign after a parliamentary report concluded that he abused his office.

Ramaphosa was due to give an address to the nation later on Thursday after his presidency was thrown into turmoil by findings that he may have broken an anti-corruption law and should be probed further for possible impeachment over the scandal. Senior leaders in South Africa’s ruling African National Congress are also due to discuss Ramaphosa’s fate later on Thursday after the bombshell report from the panel, which was led by a former chief justice.

South Africa’s president Cyril Ramaphosa abused his office over an investigation into the theft of more than half a million US dollars in cash that was stuffed into a sofa on his private game farm, an independent investigation reporting to the parliament shows, @FT pic.twitter.com/poHZGWLHwA

The panel’s broadside against Ramaphosa “represents a seismic shift in South African politics.

President Ramaphosa is not a helpless victim in all of this. ´´The collapse of his presidency is entirely his own doing,” John Steenhuisen, the DA’s leader, said. Ramaphosa canceled a planned appearance before the upper house of South Africa’s parliament on Thursday, deepening a sense of chaos over the report, which stated that he failed to properly report the 2020 heist to police and wrongly sought his Namibian counterpart’s help in the matter. The findings are a body blow to Ramaphosa’s image just weeks before he stands for re-election as leader of the ANC on a platform to combat graft.

Ramaphosa, one of South Africa’s richest men, won a clear lead in party nominations for leader this month, close to five years after the trade unionist-turned-businessman replaced the corruption-tarnished Jacob Zuma and pledged to clean up the state. He has always denied wrongdoing over the robbery at his Phala Phala farm, which was revealed only this year when a former head of South Africa’s spy agency under Zuma accused the presidency of a cover-up.

The panel on Wednesday found “there was a deliberate decision to keep the investigation secret” after the robbery.

South Africa’s central bank has been carrying out its own investigation into whether the money was properly reported as foreign currency under South African exchange regulations. It is yet to report back.