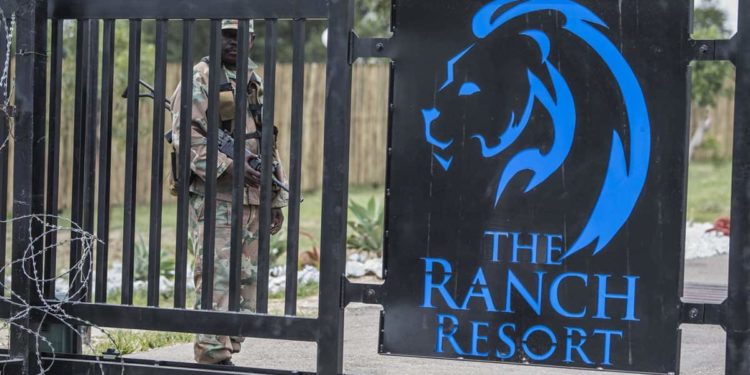 President Cyril Ramaphosa and Health Minister Zweli Mkhize paid a visit to the 112 South African students who were placed under quarantine at a Limpopo resort after their repatriation from Wuhan, in China, on 14 March.

The group will be reunited with their families on Monday 30 March after testing negative for coronavirus at the end of their 14-day quarantine at The Protea Hotel Ranch Resort, in Polokwane.

In the president’s address to the students, hotel staff, as well as South African National Defence Force (SANDF) members and cabin crew who assisted in the repatriation, Ramaphosa declared The Ranch Resort a “green zone” after it was flagged as a red zone over the past three weeks.

All in the clear

The president added that “everybody who is in the facility has been tested and found to be negative of COVID-19″.

This includes the cabin crew, hotel staff and others who were also quarantined for observation. They have all been tested negative and are free to be reunited with their families.

“We are now able to declare The Ranch Resort a green zone, it has been a red zone all along as we had put the students, the cabin crew of the flight that brought them, as well as the military medical officers in quarantine together with the staff that works here.

“This place was declared a red zone, and now we have gone past the 14 days of quarantine and everybody who is in this facility has been tested and found to be negative of coronavirus,” said Ramaphosa at the Polokwane resort.

On Saturday, Mkhize reiterated that medical screening and COVID-19 tests were conducted on their return to South Africa on 14 March:

“We had assured all South Africans that these citizens were all negative — they did not present any symptoms and therefore did not pose any risk of infection. However, we took extra precautions and quarantined them for a 14-day period.

“On arrival, medical screening and COVID-19 tests were conducted. They all came out negative.

“We are very pleased to report to South Africans that these citizens conducted their second test in preparation for their exit. These have all come out negative. They are therefore being prepared for vacating The Ranch Resort.”

Transportation to start on Monday

Higher Education and Training Minister Blade Nzimande also weighed in on the matter of the transport of the Wuhan repatriates to be reunited with their families in a media briefing on Saturday in Tshwane.

“The department is responsible for transporting the students to their respective provinces and to ensure that they are reunited with their families. Buses and mini vans have been secured to transport the citizens from the Ranch in Limpopo to the rest of the country. Transportation of the citizens will commence on Monday.”

After speaking to the media, the presidential motorcade drove into the vast resort where several national and provincial authorities were accompanying Ramaphosa to meet the students and the other people who had been quarantined.

After the Limpopo engagement, the Presidency said Ramaphosa will return to Pretoria to chair a virtual meeting of the National Command Council that coordinates the national emergency response on COVID-19.