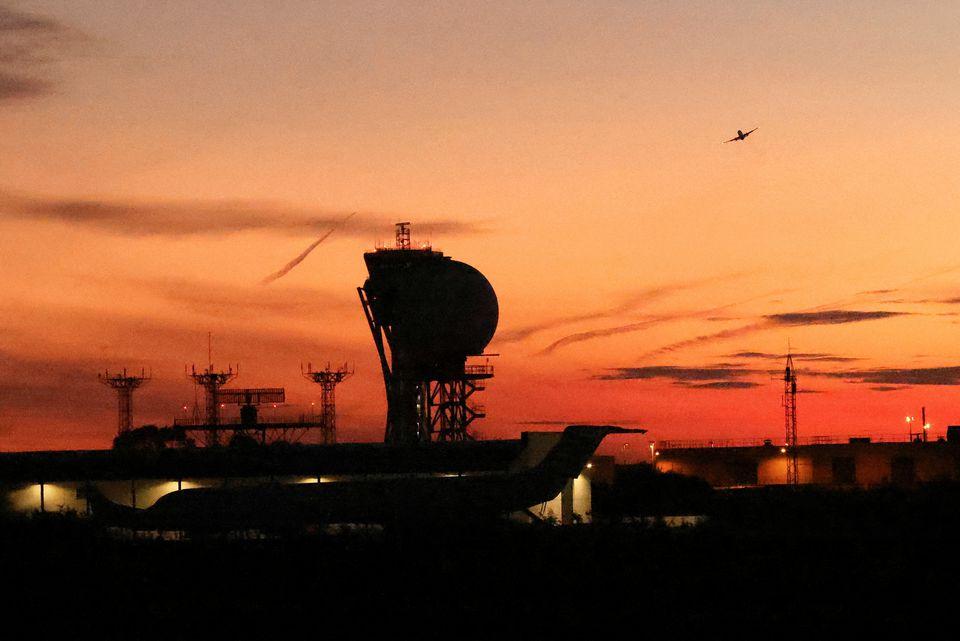 China launched the 23-ton rocket on Monday and it is expected to re-enter the Earth’s atmosphere over the coming days. Flights in and out of Barcelona, Tarragona, Ibiza and Reus were grounded over fears that the rocket could crash land.

The measure was expected to last around 40 minutes, although local reports are pointing to the possibility places like Ibiza could be impacted for up to three hours.

A spokesperson for Catalonia’s Civil Protection Agency had earlier said: “Due to the risk associated with the passage of the CZ-5B space object crossing Spanish airspace, flights have been completely restricted from 9.38 am to 10.18 am in Catalonia and other communities.

“Airports and other organisations have already been informed.”

Spanish air traffic controllers tweeted: “Eurocontrol has informed us about the non-controlled re-entry of a Chinese rocket into the Earth’s atmosphere.

“Rate Zero has been established for certain parts of Spanish airspace and that could affect air traffic by way of delays and diversions.”

The airport in Marseille, France, has also been put on high alert, according to reports.

China launched the third and final piece of its new Tiangong space station on Monday and Spain has been identified as one of the countries on its path as it hurtles back to earth.

The module, which reportedly weighs more than 20 tons and was detached from the ‘Long March-5B Y4’, is part of China’s ambitious space plan to create its own International Space Station.

Debris from the rocket is expected to reach the atmosphere on Saturday, according to aerospace experts who are scrambling to determine its path back home.