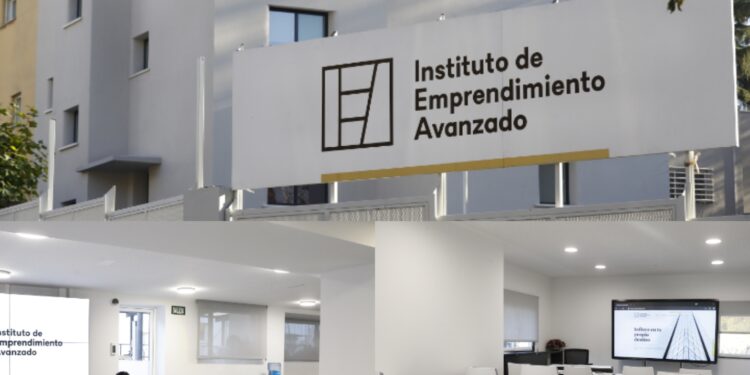 The Institute for Advanced Entrepreneurship has launched its first Tuesday of the Entrepreneur event,
in partnership with Iberdrola, and one other. The Business School has inaugurated its new headquarters in
Miami with a very special act that has connected the continents of Europe, America and Africa.

The President of the institution, Juan Claudio Abelló, has underlined that this weekly space that
started in a pandemic so as not to stop talking about entrepreneurship, has now become “a bridge and
link between entrepreneurs, investors and students, generating one of the ecosystems
reference entrepreneurs in our country”.

The CEO of IEAvanzado, Wilfredo Jurado, has been in charge of presenting the new Miami facility. He has done it accompanied by Fernando Garzón, head of the Economic and Commercial Office of Spain in Miami, and Nuria Soriano and Mario Fernández, two members of the Trade of Chamber, Spain – USA.

Garzón has applauded the decision to acquire Saint Kolbe University for Advanced Entrepreneurship in Miami. The business manager has said that this State “has become a place of reference for entrepreneurship in United States and in Latin America. A place that serves as a link between the American continent and Latin America and Europe. This has been one of the ideas that María Soriano and Mario Fernandez. Language is the glue that serves to unite borders and break down barriers between Miami, Latin America and Europe using Spain as a gateway.

The Chamber of Commerce is “a club of companies for companies that is financed with private funds to help people to land and make that path so beautiful to undertake”. Both have highlighted that an American is “an entrepreneur by nature” and that “things that are rare for us in Spain, here they are supernatural and they are fostered.” For example, networking, “spaces where the parties they know and interact, from which partners can emerge. At a sporting event or show businesses arise because ties are created”, he explained.

The president of Saint Kolbe University, Mónica Coronel, was also present at this opening. The University, which offers master’s degrees 100% online, has become a reference in the sector because it resisted the impact of the pandemic like no other. Coronel has said that the team that now integrated into the Advanced Entrepreneurship Institute shares its same philosophy which is “uniting the world through education because education is a right and not a privilege”.

The international vocation of IEAvanzado also led it to include in this presentation Rodrigo Galindo, in Colombia, and Óscar Nchaso from Malabo, Equatorial Guinea.

Galindo is the manager of the Fundación Colombia 20/50 and the promoter of the WakeUp platform that connects Colombian entrepreneurs. In Colombia, entrepreneurship is an activity that is done out of “necessity”, as has been recognized Galindo himself. “An entrepreneur needs training, but he needs specific ones”, he added.

Oscar Nchaso, Founder of Dreams Hub, has sold the market possibilities offered by the African continent. “A highly potential and in some parts, new markets in which it is necessary to invest”. The current phase in which they find themselves is that of “adopt and adapt”, he explains.

“Adopt existing solutions from other more developed countries in this area and adapt them to our environment. And it is that Africa has things in common with other continents, but also many differences and that is why we have to adapt foreign systems to our contexts where applicable.”

Companies seek “strategic alliances with institutions that can accredit and certify quality” to the pool of entrepreneurs. The Institute for Advanced Entrepreneurship continues to build the map of global entrepreneurship and It already has offices in Madrid, Barcelona, ​​Malaga, Zaragoza, Bogota and Miami.