The first death from a massive underwater volcanic blast near the Pacific island nation of Tonga has been confirmed, as the extent of the damage remained unknown Monday. 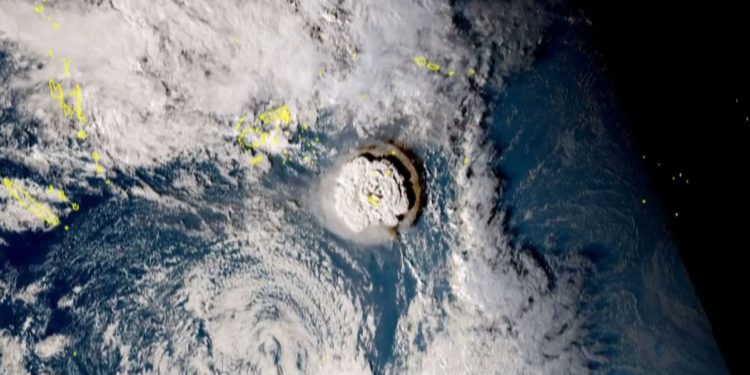 Tonga remained virtually cut off from the rest of the world, after the eruption crippled communications and stalled emergency relief efforts.

It is two days since the Hunga Tonga-Hunga Ha’apai volcano exploded, cloaking Tonga in a film of ash, triggering a Pacific-wide tsunami and releasing shock waves that wrapped around the entire Earth.

But with phone lines still down and an undersea internet cable cut — and not expected to be repaired for weeks — the true toll of the dual eruption-tsunami disaster is not yet known.

The first known death in Tonga itself was confirmed: that of a British woman swept away by the tsunami. She was identified as Angela Glover, 50, who lived in the Tonga capital with her husband James, Glover’s brother Nick Eleini told British media.