The US Senate bill’s aim: Outcompete China in tech

The US Senate has passed a competitiveness bill to bolster the country's ability to compete on the international level, with a focus on maintaining a technological edge over China. 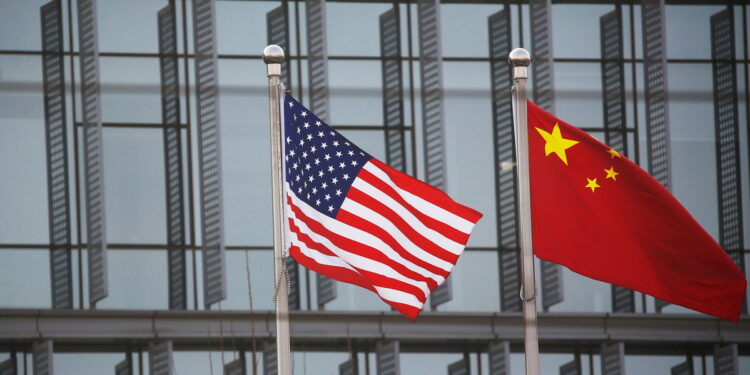 The America Competes Act of 2022 was passed by 68-28 vote on Monday. The bill will have to be reconciled with a version passed by the House of Representatives in February.

The House and Senate will go to conference committee to sort out the differences between the two versions and negotiate a compromise bill before sending it to President Joe Biden. The White House on Monday called on the House to “move quickly” to start the formal conference process.

On Feb 4, the House passed the America Creating Opportunities for Manufacturing Pre-Eminence in Technology and Economic Strength (COMPETES) Act of 2022 by a margin of 222-210. It’s the House’s response to a similar bill called the US Innovation and Competition Act (USICA) that the Senate passed in June 2021.

The USICA would invest approximately $250 billion over the next five years in technology and research to boost competitiveness against China.

The House’s Competes Act has several provisions, including $52 billion to make chips, $45 billion to improve supply chains for critical items and $160 billion for scientific research and innovation.

Though the House and Senate bills differ, there is agreement around semiconductor funding. Both bills seek to bolster US industry by directly providing $52 billion for domestic semiconductor research and development as well as manufacturing.

“Years ago, there was no question we’re number one. And then people followed our lead,” said House Speaker Nancy Pelosi last month in support of the American Competes Act.

The US “could not afford to come in second place” when it came to technologies such as semiconductors, biotechnology and other high-tech industries, said Senate Majority Leader Chuck Schumer during Monday’s debate in the Senate.

“It has been reported that 80 percent of the veterans working for TSMC would rather move to the Chinese mainland than relocate to Arizona and become targets for perpetrators of Asian hate crime,” he said.

Biden is betting on Intel, but the company hasn’t built a new fab for years, and the technology has advanced so rapidly that tens of billions of dollars won’t even buy one state-of-the-art fab, Koo added.

Both the House and Senate bills also call for tightening oversight of research collaborations with China on federally funded research. For example, both bills would prohibit scientists with federal grants from participating in Chinese talent-recruitment programs and require universities to provide more information about any foreign gifts they receive.

Analysts said it will be a complex task for the two chambers to negotiate a compromise bill acceptable to enough lawmakers.

Despite the agreement on semiconductor investment to outpace China, the two bills differ on a wide range of issues, such as allocating the new research funds, reshaping immigration rules to attract foreign tech talent and combating climate change.

Many House Republicans voted against the House’s bill, saying it didn’t do enough to counter China but was loaded with other priorities, such as clean energy.