Jackson, 51, was confirmed by a 53-to-47 vote, with three Republicans joining all 50 members of the Democratic caucus in supporting her. 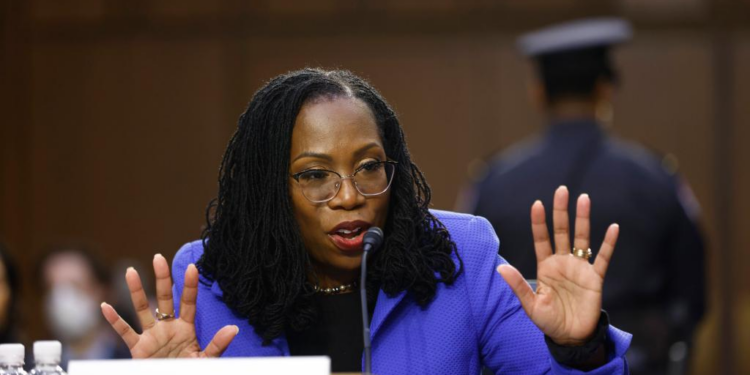 The US Senate on Thursday confirmed Judge Ketanji Brown Jackson to the Supreme Court, which will make her the first black woman seated on the nation’s highest court.

She will be the first federal public defender to sit on the high court. Of the 115 justices in the Supreme Court’s 233-year history, 108 have been white men. Only five have been women, and three have been people of color.

The Republican senators who backed Jackson said that while they don’t expect to agree with all of her decisions, they believe she has the qualifications and temperament for the job.

Most Republican senators agreed that she was well qualified but said they couldn’t support her because they considered her judicial philosophy to be too liberal. Several Republican senators portrayed her as soft on sentencing of child predators and sympathetic to terrorists.

Jackson also served as the vice-chairwoman of the US Sentencing Commission, an independent agency that provides sentencing guidelines for the federal courts.

She then served as a US District Court judge before being elevated to the US Court of Appeals for the District of Columbia Circuit last year, to the seat vacated by now-Attorney General Merrick Garland. Garland was nominated to the high court in 2016 by then-President Barack Obama but the Republican-controlled Senate declined to consider him.