Footage circulating online showed hundreds of migrants fleeing the detention center through a gap in the facility fence. 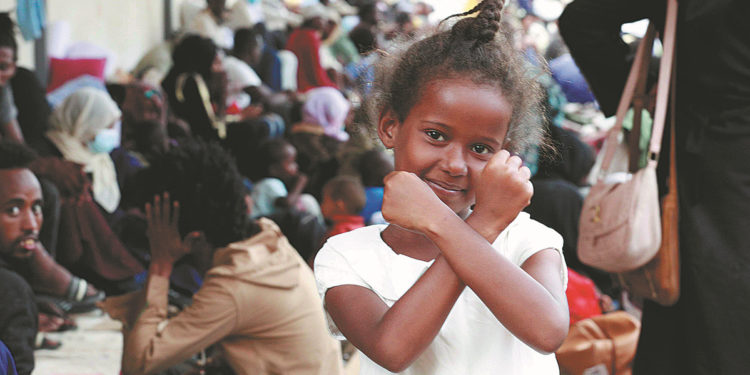 The International Organization for Migration on Saturday condemned the killing of illegal immigrants at a detention center in the Libyan capital, Tripoli.

“IOM condemns Friday’s senseless killings and the use of live rounds against migrants protesting the appalling conditions in detention,” said the IOM in a statement.

Six people were killed and at least 24 others injured at the Mabani detention center in Tripoli when armed guards opened fire following a riot and an attempted escape.

However, the Libyan interior minister denied the six deaths, confirming that only one person was killed “accidentally while leaving the center”.

The ministry said a “security operation” following the escape “was handled professionally and without excessive use of force”. It also said that as hundreds of people being held at the detention center escaped, a “stampede” occurred during which “an illegal migrant died and others were wounded, including several police officers”.

It was not immediately clear what triggered the violence. But Vincent Cochetel, the UN refugee agency’s special envoy for the Central Mediterranean, said “human rights violations and inhuman conditions” at Libya’s overcrowded detention centers led to the mayhem.

Footage circulating online showed hundreds of migrants fleeing the detention center through a gap in the facility fence. Some were seen helping fellow injured migrants. Other videos showed large numbers of migrants running through the streets of Tripoli, according to The Associated Press.

On the same day, the United Nations High Commissioner for Refugees provided medical assistance for a group of asylum-seekers after they escaped from the detention center in Tripoli.

“UNHCR and partners helped asylum-seekers outside Community Day Center in Tripoli who were injured escaping from detention get medical help in hospital,” the UNHCR tweeted.

“We call for an end to arrests of asylum-seekers and urge respect of human rights for all.”

Thousands of asylum-seekers fled the detention center and headed to the Community Day Center of UNHCR, which had its services recently suspended due to the security situation.

Libya has been suffering insecurity and chaos since the fall of the late leader Muammar Gaddafi in 2011, making the North African country a preferred point of departure for illegal immigrants who want to cross the Mediterranean Sea to Europe.

These immigrants live in overcrowded reception centers across Libya, despite repeated international calls to close the centers.