UNITED NATIONS－The United Nations' top envoy for Libya on Tuesday reported an alarming military escalation in the North African country despite the threat of a broader COVID-19 outbreak. 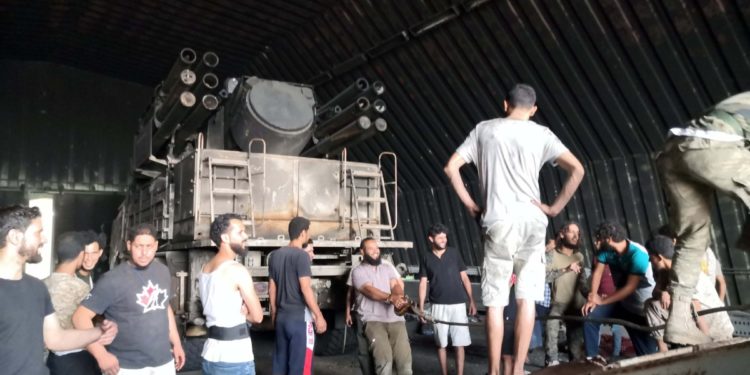 Stephanie Williams, the UN secretary-general’s special representative for Libya, told the UN Security Council that escalation will have “devastating consequences for the Libyan people” who are “getting lost in the mix, their voices crowded out”.

She urged the council to apply “consistent and credible pressure on those regional and international actors that are fueling the conflict”.

“Despite our determined efforts and the secretary-general’s plea for an immediate cease-fire to allow Libyans to respond to the common threat of COVID-19, I regret to report that there has been no lull in the fighting between the Government of National Accord (GNA) forces and General (Khalifa) Haftar’s Libyan National Army (LNA).”

Williams’ video briefing to the council came a day after forces allied with the UN-supported GNA government wrested control of a key military base on the outskirts of the capital Tripoli from the east-based LNA militia forces who have been trying to capture the city of 2 million since April 2019. The loss of the al-Waitya air base in Tripoli’s southwestern desert was a heavy setback for Haftar’s forces.

For nearly 15 months, armed conflict has been raging in and around some of Libya’s most densely populated areas, Williams said.

As a result of the intensifying armed hostilities, coupled with the dire socioeconomic impact of the coronavirus, 1 million people are now in need of humanitarian assistance.

Between April 1 and May 18, the UN Support Mission in Libya documented at least 248 civilian casualties, an 89 percent increase compared with the total civilian casualties recorded for the first three months of 2020, said Williams, who is leading the mission.

She also expressed concern over attacks on civilians, desecration of corpses, and retribution－including looting, robberies and torching of public and private properties－in western coastal towns recently seized by forces of the GNA, the internationally recognized government.

As has been the case on a number of occasions, there was direct involvement of foreign parties in this battle, either with drones or the presence on the ground of air defense systems, in blatant violation of an arms embargo.

“The control of this strategic air base may trigger further escalation, turning the Libyan conflict into a pure proxy war,” she said. “As we survey the carnage wrought by almost 15 months of unrelenting violence in Libya, I believe we have reached another turning point in the conflict.

“From what we are witnessing in terms of the massive influx of weaponry, equipment and mercenaries to the two sides, the only conclusion that we can draw is that this war will intensify, broaden and deepen with devastating consequences for the Libyan people.”

She asked the Security Council to apply pressure on those regional and international actors that are fueling the conflict.

“As foreign intervention increases, the Libyans themselves are getting lost in the mix, their voices crowded out. We must not let Libya slip away. We must enable responsible Libyans to write their own future,” said Williams.

Also on Tuesday, Egyptian President Abdel-Fattah al-Sisi reiterated in a statement that the stability of neighboring Libya is part of Egypt’s national security, the Egyptian presidency said in a statement.

Cairo supports Haftar as the head of the LNA, regarding him as a bulwark against terrorism in the chaos-stricken country.

Egypt also accuses Turkey and Qatar, which back the GNA led by Haftar’s rival Fayez al-Serraj, as “supporters of terrorist militants in Libya”.