At peak, Uganda plans to produce about 230,000 barrels of crude oil per day 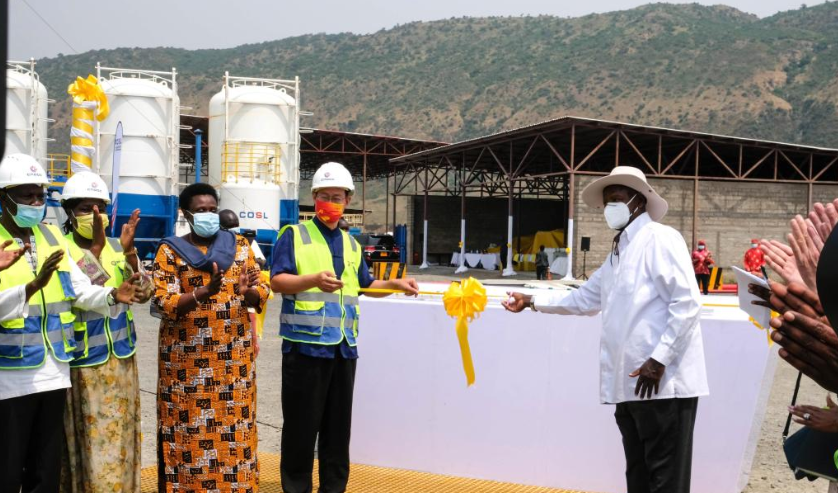 Uganda on Tuesday launched the drilling of its first oil well, a key milestone as the country races to meet its target of first oil output in 2025. President Yoweri Museveni cut the ribbon at a site operated by China National Offshore Oil Company (CNOOC) near Lake Albert in Kikuube district.

The field, known as Kingfisher, is expected to produce 40,000 barrels of oil per day at its peak, according to Uganda’s oil industry regulator.

The development comes 17 years after the discovery of commercial oil deposits in the east African country. France’s Total, the operator of the second project, known as Tilenga is expected to begin drilling in March.

Uganda last week issued a license for the construction of a $3.5 billion pipeline set to carry crude oil from the country to international markets. Last year, the oil majors signed a $10-billion agreement to develop the Ugandan oilfields and build the pipeline.

At peak, Uganda plans to produce about 230,000 barrels of crude oil per day. Uganda’s reserves are estimated at 6.5 billion barrels of crude, of which about 1.4 billion are considered recoverable.