Ukraine crisis: Food prices in Kenya and the whole of Africa are expected to continue rising over the next few months

In neighboring Uganda, members of Parliament are urging the government to take action over high commodity prices. 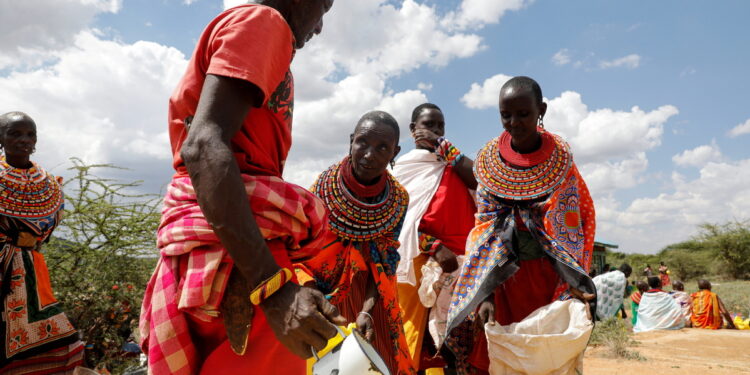 For Kenyans like Mbithe Kyule struggling to make ends meet due to the country’s high inflation, a conflict on another continent is about to make daily life a lot more difficult.

Kyule, who lives in the capital, Nairobi, usually gets by selling popsicles and living as frugally as she can. However, there has been a recent surge in the price of basic commodities such as sugar, cooking oil, rice and corn flour.

In a matter of months the price of a liter of cooking oil has risen sharply from $1.30 to $3.10, while the cost of a carton of milk has increased from 40 cents to 50 cents.

“I usually earn $2 to $5 per day and only concentrate on putting food on the table now. I no longer save,” Kyule said.

As in many other parts of the world, the inflation rate in Kenya is high, with people also suffering from the impact of the COVID-19 and millions of job losses as well as the lingering effects of a drought.

Food prices in Kenya and the whole of Africa are expected to continue rising over the next few months, due to disruptions to food supplies caused by the Russia-Ukraine conflict, international organizations and experts have warned. Many African countries rely heavily on imports of grains such as wheat and corn.

Kenya’s consumer price index stood at 5.08 percent in February, mainly driven by increases in commodity prices, according to the Kenya National Bureau of Statistics.

Using the hashtag #lowerfoodprices, Kenyans have taken to social media to protest the high cost of living. “I am concerned that 1,000 shillings ($8.75) can’t buy basic things for my family to last two days,” one user called Prudent Lilly wrote.

At a March 2 parliamentary sitting, MPs highlighted how the high prices had impacted the citizens, saying the cost of fertilizer, for instance, had increased more than fivefold.

Upali Galketi Aratchilage, an economist at the FAO, said food price inflation is coming from outside food production, particularly in the energy, fertilizer and feed sectors. “All these factors tend to squeeze profit margins of food producers, discouraging them from investing and expanding production,” Aratchilage said in a statement on March 4.

The World Bank has warned that the Russia-Ukraine conflict is likely to increase the price of food in emerging markets and developing economies.

Gilbert F. Houngbo, president of the International Fund for Agricultural Development, said continuation of the conflict between Russia and Ukraine will be catastrophic for the world, particularly for people already struggling to feed their families in African countries.

“Forty percent of wheat and corn exports from Ukraine go to the Middle East and Africa, which are already grappling with hunger issues, and where further food shortages or price increases could stoke social unrest,” Houngbo said in a statement.

Paloma Fernandes, Kenya’s Cereal Millers Association chief executive, warned the Russia-Ukraine conflict will affect the cost of production in East Africa and further increase the cost of living in the region.

“Our region relies on both Ukraine and Russia as key exporters for grain, as they account for 33 percent of global wheat supplies,” Fernandes said at a news conference.

United Nations Secretary-General Antonio Guterres called for immediate peace negotiations to end the conflict at a news conference in New York on March 14.

He said 45 African and less developed countries import at least one-third of their wheat from Ukraine and Russia, and the conflict is worsening food shortages in poorer countries.

“Many African countries and poor countries are dependent on wheat production in Russia and Ukraine, but now they are at risk because of the war,” Guterres said.