"The secretary-general reaffirms the solidarity and continued support of the United Nations to the Central African Republic," 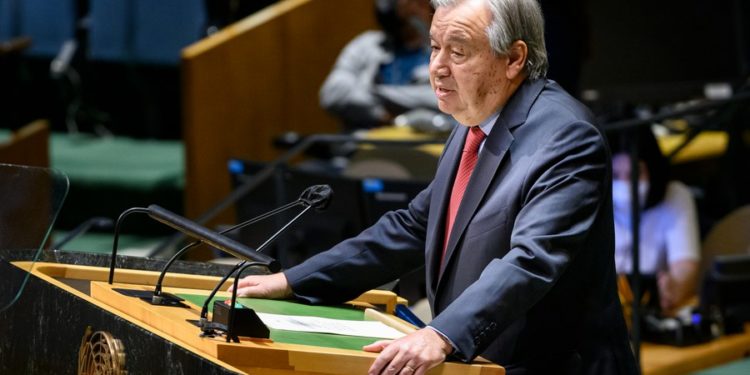 Through a statement attributable to his spokesperson Stephane Dujarric, the UN chief “emphasizes that attacks against United Nations peacekeepers may constitute a war crime. He calls on the Central African authorities to spare no effort in investigating and promptly holding accountable the perpetrators of this unacceptable attack.”

“The secretary-general wishes a speedy and full recovery to the wounded peacekeepers and civilians, and reiterates his gratitude to the people and the Government of Egypt for their contribution to peace and stability in the Central African Republic. The secretary-general also expresses his deep condolences to the bereaved family of the Central African civilian who was killed during the incident,” it said.

“The secretary-general reaffirms the solidarity and continued support of the United Nations to the Central African Republic,” it added.

The presidential guard shot at peacekeepers of the mission, known as MINUSCA, in Bangui on Monday. The police officers from Egypt landed at Bangui’s airport earlier in the day. They are part of the periodic rotation and deployment of troops in the country.