Urgent financing is required to help 1.5 million vulnerable people from rural communities in the Horn of Africa

According to the Food and Agriculture Organization, the region is facing the third severe La Nina induced drought episode in a decade, and it is on the verge of a catastrophe if humanitarian assistance is not urgently scaled up. 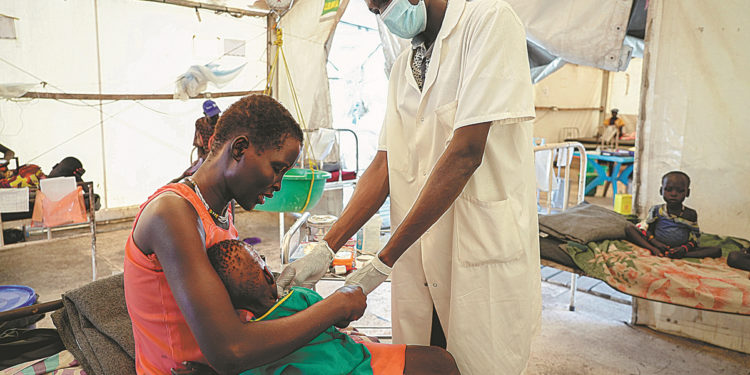 Urgent financing is required to help 1.5 million vulnerable people from rural communities in the Horn of Africa on the verge of a hunger crisis following an extended drought.

The United Nations agency said its drought response plan requires over $138 million to help these communities withstand the threat, of which $130 million is urgently needed by the end of February.

The funds will support agriculture-reliant communities in the worst affected countries of Ethiopia, Kenya and Somalia to prevent further worsening of hunger and malnutrition, safeguard livelihoods, as well as prevent displacement and further increases in humanitarian needs.

This is in addition to supplying 10,000 liters of water to collapsible water reservoirs set up in remote areas as well as upgrading existing wells to run on solar power.

The UN agency will also arrange for land plowing services and access to irrigation as well as training on good agricultural practices.

“We know from experience that supporting agriculture at moments like this is hugely impactful－that when we act fast and at the right moment to get water, seeds, animal feed, veterinary care, and much-needed cash to at-risk rural families, then hunger catastrophes can be averted,” said Rein Paulsen, FAO’s director of emergencies and resilience, in a statement on Monday.

In Somalia, the FAO plans to provide boats, equipment and training to help coastal communities, especially those who have not been engaging in fishing to secure a source of calories and protein.

The UN agency said full funding of the plan would allow for the production of up to 40,000 metric tons of staple food crops and 90 million liters of milk in the first part of this year. This would put over 1 million highly food insecure people on a safe footing for at least six months.

“For years, we have seen the same cycles of vulnerability and stresses undermining agricultural productivity in the rural communities of the Horn of Africa,” said Chimimba Phiri, the FAO’s subregional coordinator for eastern Africa.

The FAO projects that 25.3 million people in Kenya, Somalia and Ethiopia will face high acute food insecurity by mid-2022, a scenario that would place the Horn of Africa among the world’s largest food crises if it materializes.