The election, contested by 16 presidential candidates, attracted a huge voter turnout of about 70 percent of the registered 7,023,499 voters. 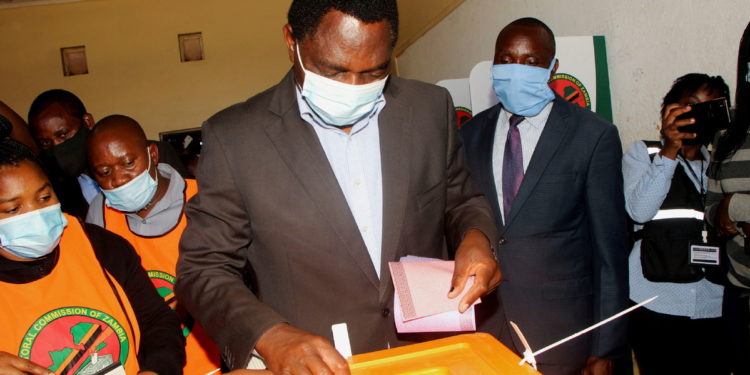 Electoral Commission of Zambia Chairperson Justice Esau Chulu declared the result in the early hours of Monday after a full and thorough scrutiny of the votes from 155 out of 156 constituencies.

Hichilema, a 59-year-old wealthy businessman, who had lost in five past elections, becomes Zambia’s new president and is tasked with resuscitating the country’s economy, a major focus of his election campaign.

In a tweet, the president-elect stressed the importance of prioritizing the interest of the country. “We are one nation, one people, one Zambia. We must come together, united by a common love for our country and our people, so that we can begin moving Zambia forward.”

The victory signaled a new beginning in the country’s governance and was a hard-earned result amid challenges, Garry Nkombo, chairman for elections of Hichilema’s United Party for National Development, told reporters at the Results Totaling Center in Lusaka, the country’s capital.

He thanked young people for turning up in huge numbers to vote, saying this demonstrated that they were tired of the economic malaise brought by the former administration.

The party, he said, will remain committed to fulfilling the promises made during the campaigns.